DISCOVER PRAGUE!
HomeAccommodationA Popular Place: Prague Is Seventh in Europe According to the Number...
AccommodationNews

A Popular Place: Prague Is Seventh in Europe According to the Number of Overnight Stays 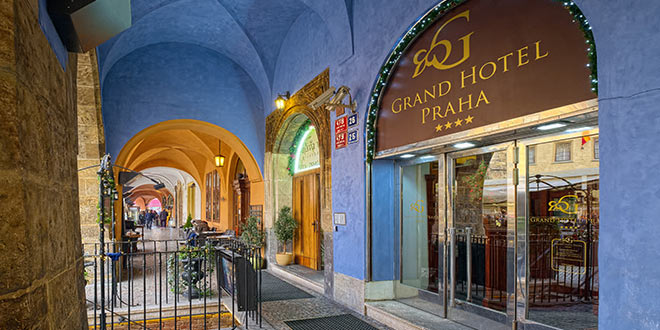 Last year in 2016, Prague ended in fifth place in the chart of European cities in which foreign tourists sleep most often. For example, the Czech capital landed at seventh place in the total number of overnight stays, behind London, Paris or Berlin. This is shown in statistics of the European Cities Marketing Association, and the Prague City Tourism Organization pointed it out.

“The last year was again very successful for European city tourism, despite serious problems and challenges. The terrorist attacks in Europe, especially in Paris, show the volatility, and at the same time the importance and persistence of tourism,” stated Dieter Hardt-Stremayr, the president of European Cities Marketing.

City tourism is growing permanently; the average year-to-year growth in overnight stays in 126 European cities was 4.8 percent in the last year. In Prague, this number increased by 5.5%. In this respect, Prague shares 4th and 5th place with Hamburg. Barcelona had the biggest increase in overnight stays. On the other side of the chart is Paris, where the number of overnight stays decreased by more than 16 percent.

Foreign tourists stay most often in London, Paris, and Rome. Prague is in fifth place in this respect.

The most frequent visitors to European cities come from the United States, Germany, and the United Kingdom. They make up approximately 30 percent of the total number.

Almost 9.3 million tourists visited the Czech Republic in the last year. Compared with 2015, this is a 6.7 percent growth. The people interested in Czech nature and monuments include, for example, the Germans – their number grew by 6.4% since the last year. According to the Czech Statistical Agency, more than 18.3 million people checked into Czech hotels, B&Bs, and camps during the last year.

Share
Facebook
Twitter
Pinterest
Email
Print
Previous articleAfter Roaming Was Abolished in EU, Czechs Started to Use Calling and Mobile Internet a Lot When Abroad
Next articleCzechs Are Moving to the Country From Cities That Are Too Expensive For Them
RELATED ARTICLES
News