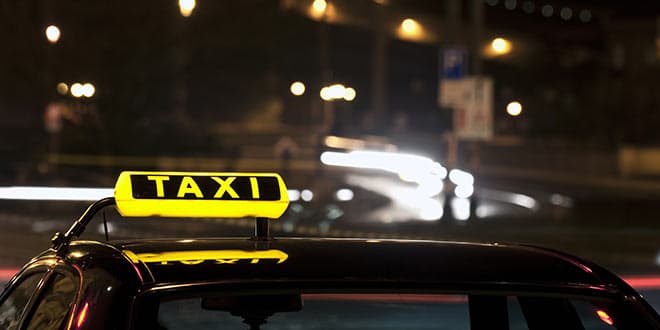 Taxis are theoretically relatively cheap. However, many Prague taxi drivers will attempt to overcharge, particularly at taxi ranks close to the tourist sights.

Another example of the situation being serious at Prague Ruzyně Airport was a case from November 2009 when an “illegal” cab driver swindled passengers who were undercover officers of the Prague City Hall. The cab driver charged them 2,140.00 CZK for a 10-kilometre trip from Prague Ruzyně Airport to the Hotel Diplomat (approximately 5 times the regular price of the fare). Another surprise surfaced when the police wanted to see his driver’s license. The cab driver was driving without a license because he had none, and he had been already arrested for the same offence once before. 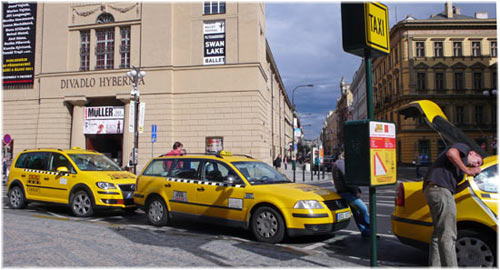 Locals Are Being Subjected to the “Overcharging” Practices Frequently Too

Even though the problems connected to the taxicab services in Prague mostly concern foreigners, especially the tourists, also the locals are being subjected to the “overcharging” practices frequently, the editors of the Týden weekly magazine had decided to check the cab station marked a Taxi Fair Place, which, on behalf of the city hall, has been guaranteeing fair prices to the customers for the past two years. However, the situation is different, and the “gold-diggers”, being pursued by the city hall for many years to no avail, has been frequenting the cab stations marked as Taxi Fair Place anyway. About this, the editors found out when they hailed a cab at a Taxi Fair Place cab station. On its door, the car displayed the fare of 99 CZK per kilometre (an additional 99 CZK applies just to boarding the cab). Moreover, the taxicab driver had no problems breaching the ordinance (which regulates a maximum fare to 28 CZK per kilometre). “I really don’t care,” answered the cab driver.

Another example of a nasty reputation of the cab drivers in Prague is shown by a case when a 19-year old male cab driver tried to rape his taxi female client. She was a 20-year old foreigner who on July 17, 2009, hailed a passing cab at Křížovnická Street in Downtown Prague at five in the morning. Instead of driving her to the hotel, the cab driver drove her to a field road by Březiněves, where he tried to rape her. The young woman defended herself against the attacker, but she left her purse in the car with the cash and credit cards during her escape. Police investigators tracked down the attacker and charged him with felonies of rape, theft and unauthorized possession of a payment card. In addition, the young cab driver was driving the cab illegally because the minimum age for getting the license is 21.

Cabdriver Had Stabbed to Death an Owner of a Competing Company

The disagreements among the cab drivers themselves are well described by a case when a cabdriver had stabbed to death an owner of a competing company: In January, during a fight, a male cab driver killed a co-owner of a competing company with a knife. The drunken co-owner instigated the conflict in the cab in Downtown Olomouc assaulted the driver with fists. During the fight, the cab driver named Pliska took out the knife with a 17-centimetre-long blade and stabbed the assailant several times.

Several dozens of taxicab drivers at Old Town Square in Prague fought with police. Four police officers were injured, two of them ended up in a hospital. The cab drivers blocked the former SEDOP cab station, which had been closed down by the Prague City Hall two days before. When police wanted to free the place, the fight started. The Capital City of Prague had closed down the company of SEDOP already in August 2005 because of repeated breaching of stipulated conditions, among the others the overcharging of the regulated prices of the fares. According to the city hall, the fares were overcharged 3 times because the company charged 99 CZK per kilometre. Since then, the cabdrivers and the city hall had been involved in three judicial proceedings.

In the January issue of Maxim magazine, the editors published an article about them impersonating foreigners visiting Prague. They hailed the cab that took them from the train station to the hotel approximately 5 kilometres away, and the driver charged them almost 700 CZK. When asked if such is a regular price, he answered “yes.” He charged the customers 99 CZK per kilometre plus a boarding fee. 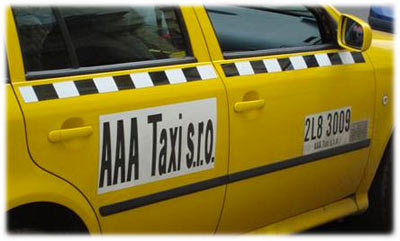 In addition to the ongoing war with the city hall, the cab drivers are fighting among themselves. At the end of January, a group of cab drivers, charging almost 100 CZK per kilometre, founded AAA Taxi. Careless customers have been confusing the company up with the largest taxicab firm in the city called AAA Radiotaxi, which has the prices up to three times lower. Foreigners have been frequent victims as well.

“Daily, we solve ten customer complaints involving overcharging because they all think it’s us. But they charge 99 CZK per kilometre,” Jiří Kvasnička, owner of AAA Radiotaxi, complains about the problems with AAA Taxi, which features logos on the doors of their taxicabs similar to the cheaper company.

Both owners of AAA Taxi had been formerly running the Euro Taxi Praha, and they were closed down by the Trade Licensing Office for a confusion of the trade name. Again, their current AAA Taxi logo very closely reminds that of AAA Radiotaxi, the company which is being referred to by various catalogues for foreign tourists as a respectable taxicab service.