DISCOVER PRAGUE!
HomeNewsAccording to the Authorities, Uber Is Breaking the Law in Prague. "We...
News

According to the Authorities, Uber Is Breaking the Law in Prague. “We Are Not a Taxi Service”, Uber Defends Itself 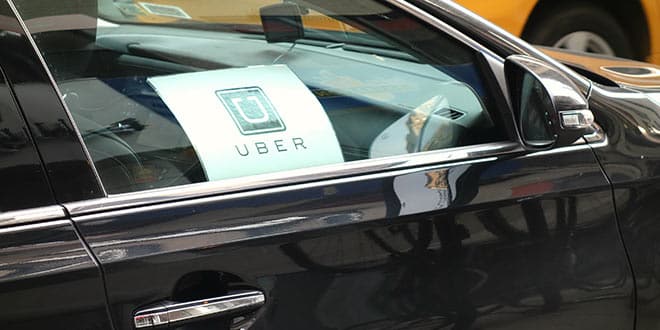 According to the view of legal interpretation, Uber or its drivers are violating the Road Transport Act, Trade Act and the Civil Code in the Czech Republic. The Magistrate of Prague is leading several administrative procedures against them. However, the Uber managers are not worried: they say they aren’t a taxi service, so these regulations do not apply to them.

Not many large international companies currently attract as much controversy globally as Uber – a technology company, which “solicits and charges” customers for its partner drivers through the application. In many places, it has either been banned by the court (e.g. in neighbouring Germany), or the authorities are after it. The latter is the case in Prague, where the UberPop and Uber Black service has been operating since 2014.

The management of the Uber branch in Prague claims that today’s laws were created many years ago and often do not take into account the existence of the Internet and smartphones. Uber is engaged in a dialogue with regulators and believes it will eventually find a solution that will be beneficial for both parties.

“By driving strangers for money without the corresponding concession, the drivers are violating the Road Transport Act among others,” claim the lawyers and the Czech Ministry of Transport. “Although Uber presents the transport mediated by this application as carpooling, the published operating conditions for this transport indicate that it is a standard taxi service operation – both by its concept and its set prices,” explains the spokesman for the Ministry of Transport.

According to the Ministry of Transport, the driver using this application should have all the necessary permissions as a regular driver of a taxi service, whereby they can only perform this work if they have the concession to operate a personal road transport with vehicles up to 9 persons, including the driver, or if they are working as a taxi driver for another carrier who has this concession.

Uber does not accept this interpretation and claims that the activities of UberPop differ structurally from the business activities of taxi service. An active partner uses the platform for less than 20 hours a week, which means he/she is not a professional driver. These are people who want to fill in their free time and share the costs of their car. Uber states that it is engaged in a constructive dialogue with the relevant authorities in order to ensure that traffic regulations will be updated and correspond with the technological development of the time.

However, the Prague Magistrate sees this “constructive dialogue” differently. It checks licenses and concessions by, for example, calling cars in. “In all hitherto conducted test rides through UberPop, the Road Traffic Act has been violated. Administrative procedure is being conducted in which fines will most likely be imposed in the order of tens of thousands of crowns, where their upper limit can be up to CZK 750,000.