Airbnb in Prague attracts many entrepreneurs, but only the toughest will last

Every year, there is an increase in entrepreneurs who rent flats in various parts of Prague through the popular Airbnb platform, mostly in the center. It is not just a goldmine, but a lot of work too. The flats are catered for by business owners themselves, who often take up a full-time business or use the management of a specialized company to take care of everything from bookkeeping to guest accommodation and cleaning.

During the high season, most apartments in the center of Prague are very busy. Short-term rentals through Airbnb or Booking.com, at first glance look like a simple and profitable business, so more and more people are getting into it. Not everyone in it will stand up. Business in a shared economy is often as demanding as in “unshared”.

This corresponds to the relatively high “mortality” of business ideas. In Prague alone, on average, every fourth host quits from Airbnb. This comes from the startup statistics of a startup called Blahobyty, which helps a large number of short-term lease management users on this platform.

There are a few reasons why 23 percent of people give up on the global network after a while. “Many people, at first, are attracted by the simplicity of earnings and higher returns than in classic long-term rentals. But few realize that it is a demanding job of long-term care for clients, but also [for] the household itself,” explains one of the founders of the company Blahobyty, Matěj Koutný.

According to his experience, it is enough for a couple of guests to be late on arrival, which can completely halt the landlord’s personal and work plans. In the long run, it is very difficult for them to survive. “That’s why Airbnb’s mortality is so high,” says Koutny.

Airbnb renters are two types of landlords, for both apartments and rooms. On the one hand there are those who have a free room or two and want to receive a mortgage payment or rent, which meets the original idea of the platform.

This method, according to Jiří Doležal, from the portal Chcipronajmout.cz, which also deals with the management of Airbnb rentals, is sustainable. The people who live in the apartment offered do not have such a problem when the tourist is delayed for a few hours.

On the other hand, there are professional landlords and their number has increased dramatically in the last year (estimated from eight thousand apartments to about 18 thousand). For this group, client lateness, which occurs quite often, has a greater problem in terms of flexibility.

“Those who stop managing over time usually entrust management of real estate to a company or someone close to friends or relatives,” explains Dolezal, adding that the reason is not that the rent would not be profitable. On average, people on Airbnb earn up to 1.5 times the long-term rent.

Quitters are looking for alternatives

The boom of short-term rentals has shaken a wave of additional services, including mass real estate management. Although this trend has been apparent for a long time abroad, it has been developing most in the Czech Republic in recent years. There are less than a dozen companies doing this.

“Airbnb scavengers usually run for medium- or long-term renting, which is not so demanding. These owners are accustomed to higher monthly rentals, so their long-term lease is not the right one, and Flatio is an interesting alternative,” says Ondřej Dufek, co-founder and marketing director of Flatio, which focuses on medium-term rentals.

Top apartments are rented through Airbnb in the capital. Even Prague is not a guarantee of success. “Of all the active offers of rooms and flats, every eighth was leased only once. And about half less than ten times,” says Koutny.

“On the contrary, a large percentage of those flats are [people] who rent an apartment or a room only during a holiday, three times a year or less. Such people are a total of 28 percent,” Koutny said, with the average length of one stay only 3.5 days. Even though more than 17,000 apartments are currently available in Prague, even in the most in-demand season from April to August, only about one-third of registered apartments and rooms can be rented on average. The success of renting depends mainly on good reviews and well-chosen pricing policy.

Short-term rentals are especially sought after by families with children who require, for example, a kitchenette and cooking facilities or larger groups looking for a common accommodation that hotel rooms rarely can offer. Another reason for the increasing popularity of apartments for short-term rentals is the possibility of more privacy and a good price ratio compared to the hotel service. Hotels often offer only smaller rooms, whereas in an apartment rental, the customer can gain added value in other rooms, and amenities such as terrace, cooking or better parking.

Share
Previous Drivers of hybrids in Prague park in blue zones for one hundred a year
Next The CNB has closed the Chequepoint exchange office, which paid 15 CZK for a Euro in the center of Prague 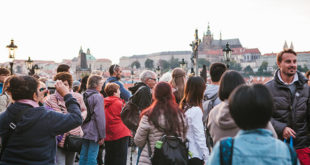 The number of accommodation visitors to Czech Republic during last year was on the rise. There were more than 21 million tourists accommodated 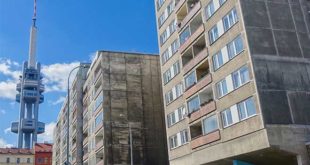 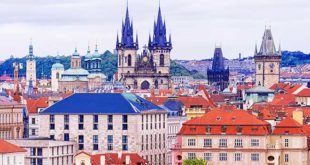 The apartment in Prague costs twelve annual salaries. Save longer only in London and Paris 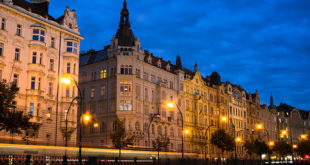 The already very expensive Prague flats could get even more expensive by 2030. The capital …