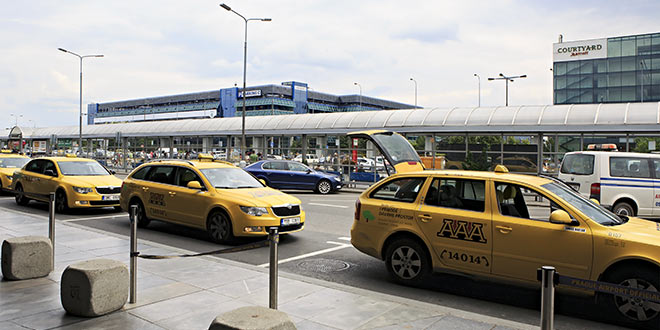 The ill-famed taxi driver Aleš R., a member of the gang from around the Prague Ruzyně Airport, attacked in August 2011 again. This time there were no pleasantries, and he beat his client, who refused to pay CZK 500 for a journey of fewer than four km.

It is the same driver who held a tourist prisoner in his car last year and attacked the police a few weeks later. The unpleasant incident with the stealing taxi driver took place on Sunday before 20:00. The taxi driver gave a ride to an Australian tourist in the centre of Prague.

But the tourist refused to pay 500 CZK for less than a four km journey to Aleš R. In the car, the taxi driver attacked him and tore the money out of his hand. Then he ran after the Australian into the hotel lobby and hit the man before driving away.

“According to the reported car licence plate, we found the taxi driver and arrested him soon,” said the spokesperson for the Prague city police, Jana Přikrylová. The taxi driver might have to pay a fine of up to 20,000 CZK and face a penalty for violation of public order.