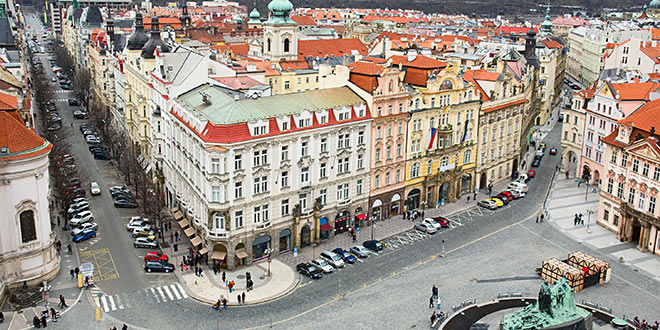 Do not miss exploring the streets surrounding Old Town Square, where almost every building throws up some highlight. House at the Two Golden Bears (Dům u Dvou Zlatých Medvědů), situated at the corner of Melantrichova and Kožná Street, is one of them. The building was constructed from two earlier houses in 1567. It is also one of the oldest houses in Prague. The house has beautiful Renaissance arcades dating from the 16th century and an ornate portal with reliefs of two bears by the court architect Bonifaz Wohlmut.

It is said that the two bears, in the way they are depicted, symbolise the great bear and little bear constellations, or Ursa Major and Ursa Minor. The knights each sit opposite a bear holding a branch in what looks like a symmetric formation. In fact, if you take a closer look, you will see that one of them is older and one is younger. The older one has a dried out branch, and the younger one is still green. Clearly, this is saying something about the cycle of life. Since the time of the alchemists, it has also long been said that passageways are leading from this building’s basement to sites all over Prague. But this has never been proven.

If you go from the square to Charles Bridge, you will most likely pass through Charles Street (Karlova) as this is the most direct route. Look out for outstanding Baroque Clam-Gallas Palace. Named after the wealthy patron of the arts, Vaclav Gallas, it was built by Johann Bernhard Fischer of Erlach (between 1713 and 1719). There are statues made by Matthias Bernhard Braun and a theatre where Beethoven performed some of his works. The palace has been restored, and today it houses the Municipal Archives of Prague. 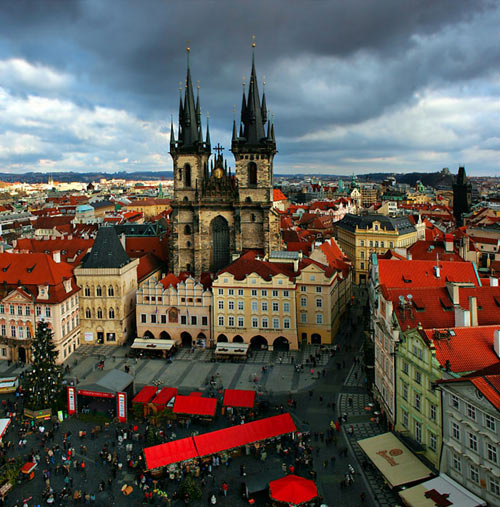