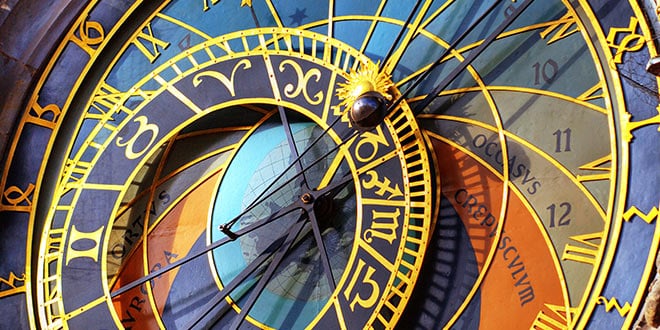 The most popular part of the tower is the Town Hall clock. Prague’s Astronomical Clock is one of the oldest and most elaborate clocks ever built. Firstly installed in 1410, and later the clock was rebuilt by Master Hanus in 1490. The clock is composed of three main components: the astronomical dial, representing the position of the sun and moon in the sky and displaying various astronomical details, ‘The Walk of the Apostles’, a clockwork hourly show of figures of the Apostles and other moving sculptures, and a calendar dial with medallions representing the months.

Huge crowds gather well in advance to watch this performance. During the day, from 9 am to 9 pm, the clock performs on the hour. The figure of Death rings a bell, and the 12 Apostles appear above. A cock crows, and time is up for the Turk, who shakes his head in disbelief, the Miser, who eyes his bag of gold, and Vanity, who admires himself in a mirror. 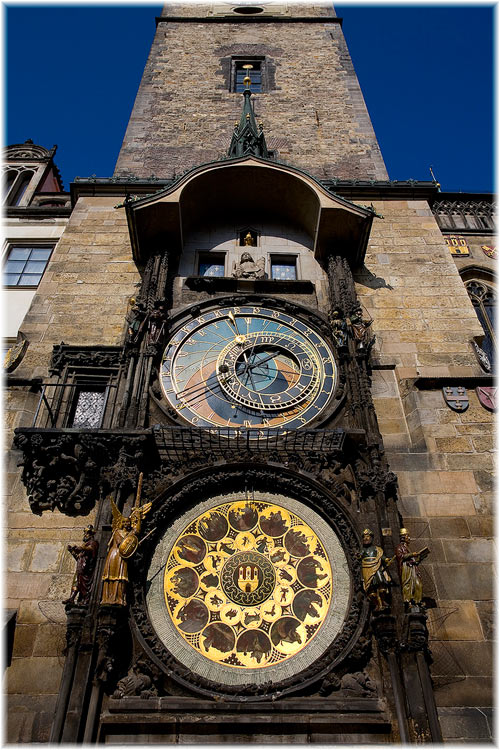