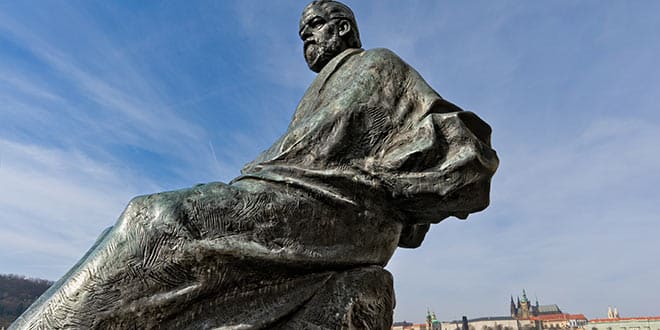 The museum of the founder of Czech modern music – Bedřich Smetana (1824–1884) – has been situated in the short street on the embankment since 1936. The facade of the Neo-Renaissance building (formerly Old Town mill) has graffito decoration by Mikuláš Aleš and František Ženíšek (the battle against the Swedes on Charles Bridge in 1648). The exhibition – including facsimiles of Smetana’s manuscripts, passages from his correspondence and other personal objects – illustrates the life and work of the composer. 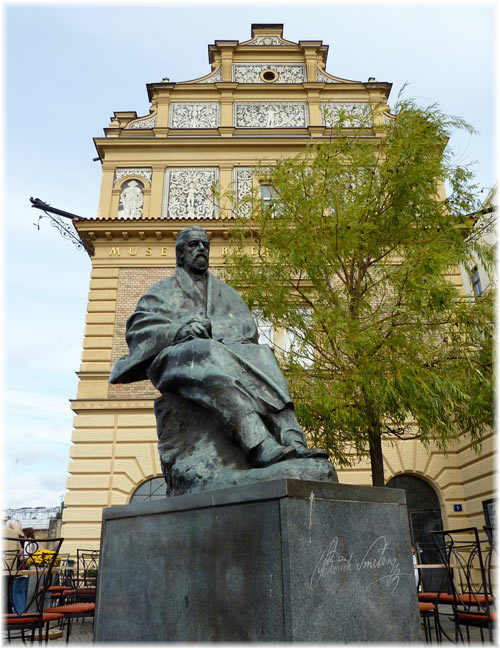 (2 March 1824 – 12 May 1884) was a Czech composer who pioneered developing a musical style that became closely identified with his country’s aspirations to independent statehood. He is thus widely regarded in his homeland as the father of Czech music. Internationally he is best known for his opera The Bartered Bride and for the symphonic cycle Má vlast (“My Fatherland”), which portrays the history, legends and landscape of the composer’s native land.

Smetana was naturally gifted as a pianist and gave his first public performance at the age of six. After his conventional schooling, he studied music under Josef Proksch in Prague. His first nationalistic music was written during the 1848 Prague uprising, in which he briefly participated. After failing to establish his career in Prague, he left for Sweden, where he set up as a teacher and choirmaster in Gothenburg and began to write large-scale orchestral works. Smetana was twice married during this period of his life; of six daughters, three died in infancy.

In the early 1860s, Bohemia’s more liberal political climate encouraged Smetana to return permanently to Prague. He threw himself into the city’s musical life, primarily as a champion of the new genre of Czech opera. In 1866 his first two operas, The Brandenburgers in Bohemia and The Bartered Bride, were premiered at Prague’s new Provisional Theatre, the latter achieving great popularity. In that same year, Smetana became the theatre’s principal conductor, but the years of his conductorship were marked by controversy. Factions within the city’s musical establishment considered his identification with the progressive ideas of Franz Liszt and Richard Wagner inimical to the development of a distinctively Czech opera style. This opposition interfered with his creative work and may have hastened the health breakdown which precipitated his resignation from the theatre in 1874.

By the end of 1874, Smetana had become completely deaf but, freed from his theatre duties and the related controversies, he began a period of sustained composition that continued for almost the rest of his life. His contributions to Czech music were increasingly recognised and honoured, but a mental collapse early in 1884 led to his incarceration in an asylum and subsequent death. Smetana’s reputation as the founding father of Czech music has endured in his native country, where advocates have raised his status above that of his contemporaries and successors. However, relatively few of Smetana’s works are in the international repertory, and most foreign commentators tend to regard Antonín Dvořák as a more significant Czech composer.