Blue Zones Have Been Extended in Prague 6, Parking Spaces Are Mainly for Residents 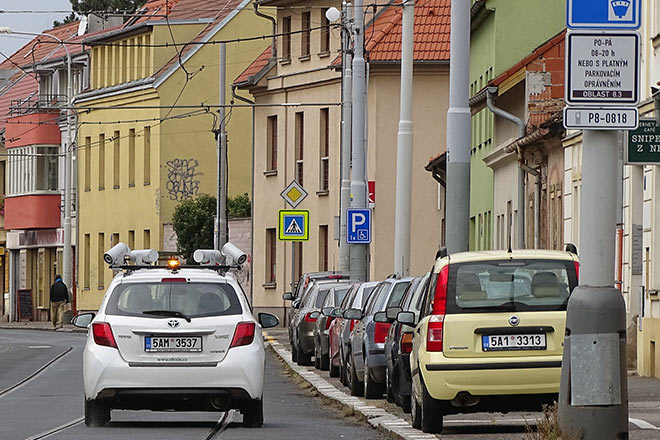 From December 10, 2018, the parking zone system is in more streets of Prague 6. New streets that are included are in Břevnov, Hanspaulka, Ořechovka, Petynce, Podbaba, Veleslavín and Na Větrník. Most spaces are reserved for residents in particular.

The zones are new in other places because of the protection of residents whose parking out-of-city drivers often occupy places. New locations are marked by Prague 6 administration on its site.

The town hall will also modify the existing blue zone near the Ladronka area in Tomanova Street. Newly, instead of a blue zone designated only to residents, the street will be redone to a purple zone. This is intended, in addition to residents, also for visitors who can park in this zone after payment of 24 hours.

The fee will be charged at the lowest possible fee: 10 crowns per hour, daily parking for 90 crowns. Parking is free of charge before the changes are made.

The zones in Prague 6 began to be valid in 2016. The city district didn´t introduce them in the area, but only in busy places such as Hradčany, Dejvice and Střešovice.

The Town Hall will further seek to extend the zones to the whole of Prague 6. The city council adopted the resolution in the spring of this year. For instance, the representatives of the districts called, for example, the settlement of Na Dědině, where the streets between the panel houses are used by people who commute to Prague for work.

From December 3, the parking zone is newly in the northwest of Prague 8. The territory is defined by the streets Horňátecká, Třeboradická, Na Šutce, Písečná and Čimická. The reason is the parking problem in this area.

Even in Prague 8, the zones are not introduced in a wider area, but only in some parts, for example, in Karlín or Libni.

The blue zones were first introduced in 1996 in the part of Prague 1. They then spread to whole Prague 1, 2, 3 and 7 and part of Prague 16. They are operated by Prague City Hall 13, 16 and 22. In Prague, 13 and 16 parking does not apply. About two years ago, the Zones began operating in Prague 5, 6 and 8, and from this July, they spread to Prague 4. In the past, Prague 9 has considered them but are not yet established.