Prague’s religious structures emphatically document the city’s evolving styles of architecture and lots of them are packed full of religious art. However, they also mirror Prague’s periods of political and religious upheaval, its’ people’s lives, its’ obstacles and the expansion of the city. For orientation, keep in mind that churches usually have their main façades to the west and the choir to the east.

The Czech Republic is mostly a Catholic country and churches and cathedrals can be seen on almost every corner. From St. Vitus Cathedral to the St. Nicholas Church, this is truly a ‘city of a thousand spires’. If you wish to attend English Mass, check our article about religious services.

Recommended churches to visit in Prague:

St. Nicholas Church located at Malostranske Square. The baroque interior is finely decorated with statues, paintings, and frescoes by leading artists of the day. The dome was completed in 1751, shortly before Kilian Ignaz died. Over the baroque organ is a fresco of St. Cecilia, patron saint of music. The organs were played by Mozart in 1787. The belfry was the last part to be built, constructed by Anselmo Lurago between 1751 and 1756. It is rightfully the most visited church in Prague.

St. Vitus Cathedral located at the Prague Castle complex. St. Vitus is visible from far and wide. The St. Wenceslas Chapel is decorated with frescoes and semi-precious stones. A door in the south-western corner of the chapel leads to the Crown Chamber in which the Bohemian Coronation Jewels are stored.

Strahov Monastery. Rebuilt in Gothic style, with later baroque additions. As well as visiting the church you have to also visit the famous Strahov Library, comprising one of the oldest monastic collections in the country. Located in the theological and philosophical halls, it is over 800 years old and it still holds over 16,000 books.

Loreta. Important pilgrimage site, built to promote the legend of Santa Casa. A copy of the house, believed to be the Virgin Mary’s, can be seen, complete with original fresco pieces.

St. George’s Basilica at Prague Castle. The best preserved Romanesque church in Prague, and the oldest church building in the Prague Castle complex.

Church of St Gilles. Situated in the heart of the Old Town, it is a large church with beautifully crafted high ceilings and ornate decorations.

The Church Of St Procopius 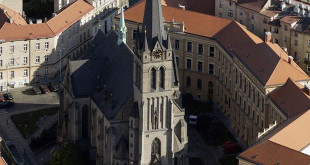 In 1898, Cardinal Franziskus Schönborn planted the foundational stone for this church to commemorate the fiftieth anniversary of Emperor Franz Josef the first’s reign. This church also was named the Jubilee Church. The building of a church in the Gothic Revival style was begun in the same year formulated on …

END_OF_DOCUMENT_TOKEN_TO_BE_REPLACED 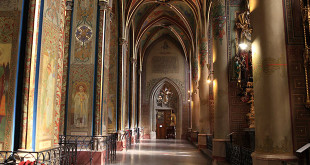 Once he began to construct his seat in Vyšehrad facing Prague’s Castle, Vratislaus the second from Bohemia founded the original parish church and chapter as soon as the second half of the eleventh century based on the design of Saint Paul and Peter’s Rome Church. Legend has it that the …

END_OF_DOCUMENT_TOKEN_TO_BE_REPLACED 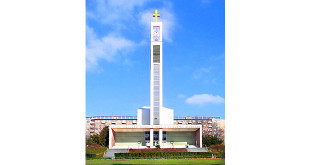 This distinctive, modern theological construction, with an unsymmetrical design, was erected in 1929 to 1930 crafted on the ideas of Josef Gočár’s. It’s believed to be among the most significant instances of Prague’s architecture from the inter war era. An eighty metre towered prism, with a clock on top and …

END_OF_DOCUMENT_TOKEN_TO_BE_REPLACED 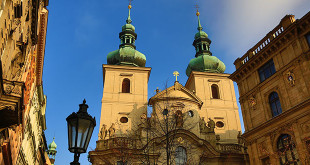 Founded in the 13th century it was one of the four Old Town parish churches. St Gall is a really old church but having had some rebuilding in the 17th and 18th century. It became a Carmelite monastery in 1627 until Jozef II abolished them. It was an important centre …

END_OF_DOCUMENT_TOKEN_TO_BE_REPLACED

Church of St. Martin in the Wall 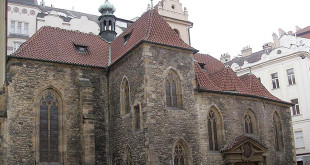 Marking the boundary between the Old Town and the New Town, its name dates from the time when the church was a part of the town wall during the fortification of the Old Town. Originally a Romanesque building it was renovated in Gothic style twice. During the Hussite Movement in …

END_OF_DOCUMENT_TOKEN_TO_BE_REPLACED 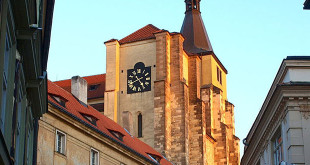 The church was founded in 1371 on the site of an old Romanesque church. In 1420 it became a Hussite parish church but during the Counter-Reformation the Dominicans gained possession. There is a tomb of Vaclav Reiner, a painter who created the ceiling frescos. The Monastery of the Order of …

END_OF_DOCUMENT_TOKEN_TO_BE_REPLACED 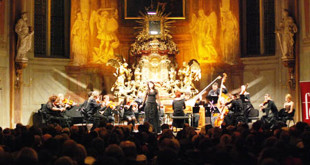 Recently there have been a lot of chamber concerts performed by aspiring musicians in the city’s churches. It is definitely worth going along but don’t forget to take an extra layer as the churches are quite chilly even in summer. Tickets can be bought at TicketPro or box offices; these …

END_OF_DOCUMENT_TOKEN_TO_BE_REPLACED 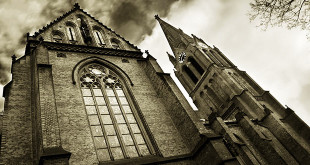