Prague’s charming Charles Bridge, castle and Astronomical Clock are the main attractions, but there are also numerous art galleries and museums which you can visit on a rainy or cold day when walking is not that great. Most museums can be viewed in an afternoon, and often less. It is also good to know that a large number of museums have free admission one or two days a month. Many museums and galleries are closed on Monday. See our complete listing of Prague Museums.

The museums of the city provide an intriguing picture of Czech history and of the Jewish people of Prague. A further surprise for tourists not familiar with Czech culture, is the Gothic and Baroque art of those periods and the art of the nineteenth century Czech National Revival.

National Museum – the Czech Republic’s largest museum, dedicated to everything from the natural sciences to specialised social sciences, and its rich exhibitions have enough to keep practically every visitor interested.

The Prague Jewish Museum is one of Prague’s most popular attractions, as well as being one of the country’s most visited museums. Originally, it was established with the aim of preserving the valuable objects threatened by the demolition and subsequent reconstruction of the Jewish quarter. The basis of the museum’s collection is the liturgical objects from the demolished synagogues, and exhibitions are housed in the Maisel, Spanish, Klaus and Pinkas synagogues on the premises of the Old Jewish Cemetery.

The Technical Museum at Letná presents the history of technology. The focus of its exhibitions is on transport, chronology, photography and film, and mining.

Mozart Museum (Bertramka) – the Bertramka estate is famous thanks to W.A. Mozart, who stayed there with the famous soprano Dušková in October 1787 and in August and September 1791. Today the museum is located in the Bertramka villa, where concerts and social events are also held. The museum has on display documents, prints, engravings, manuscripts, letters, paintings, music notes, instruments and other mementos of Mozart’s visit to Betramka and Prague.

Lapidarium. The Lapidarium houses many of the Czech Republic’s most valuable stone sculptures from the 11th to the 20th century.

Dvorak Museum. Antonin Dvorak (1841-1904). The museum focuses on collecting, maintaining and displaying documents concerning the maestro’s life and work, such as music autographs and correspondence.

Museum of Communism. Remember the tragic history of the Communist regime with a huge archive of photographs and other relics.

Czech Museum of Music. Displays a unique collection of musical instruments from grand pianos and harpsichords to trombones, tubas and hurdy-gurdies.

Tip: The most interesting legends and ghosts of old Prague await you in the museum Mysteriae Pragensis. 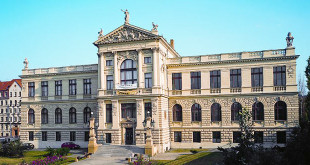 The museum was built between 1896 and 1898 is devoted to the history of Prague from the prehistoric times to present. It includes Langweil’s three-dimensional model of Prague from the first half of the 19th century, made from paper and wood and measuring about 20 square meters. Location: Na porici …

END_OF_DOCUMENT_TOKEN_TO_BE_REPLACED 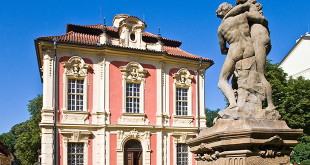 Hidden away behind wrought-iron gates, the Dvorak Museum is housed in an elegant early eighteenth-century baroque French-style summerhouse called Vila Amerika (build in 1720. Museum of Antonín Dvořák is a part of the Czech Museum of Music which pertains to the complex of the National Museum. Since it was established …

END_OF_DOCUMENT_TOKEN_TO_BE_REPLACED 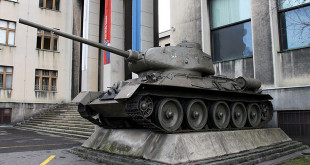 We call it Armadni Muzeum (also know as Army Museum) – The Historical Institute of the Army of the Czech Republic is a museum, a book and a scientific research institution in one. Here is stored easily accessible information on all objects of cultural inheritance and information about the history …

END_OF_DOCUMENT_TOKEN_TO_BE_REPLACED

Museum of Decorative Arts in Prague 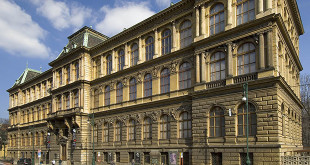 Historical and Contemporary Crafts, Applied Arts & Design For more than 120 years, the Museum of Decorative Arts in Prague has been collecting and preserving the history of Czech arts and crafts, applied art, and design and display exquisite examples of European decorative arts (neo-Renaissance museum) that tread that fine …

END_OF_DOCUMENT_TOKEN_TO_BE_REPLACED 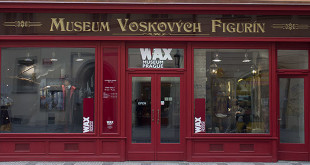 In the Wax Museum of Prague you can meet 48 worlds’ famous personalities that have influenced history, science, culture, sports and politics. During the exhibit the magic of Prague will be brought to you by kaleidoscopic cinema as you meet such personalities as King Charles IV, Rudolph II, Franz Kafka, …

END_OF_DOCUMENT_TOKEN_TO_BE_REPLACED 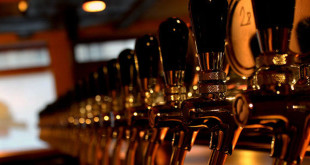 If you wish to try some different Czech brews, head straight to the Prague Beer Museum which has 30 regional Czech beers on tap. You can buy 1.5dl glasses of all 30 beers for 360 CZK – not forgetting that they are free if you drink them all in 90 …