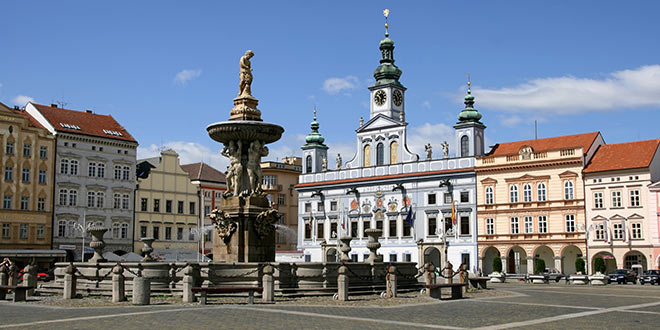 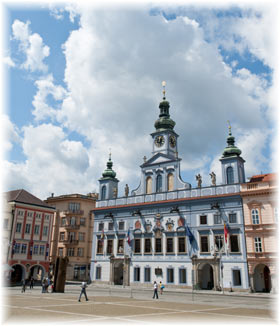 This sedate old town was founded in 1265 by King Otokar II Přemysl as a base from which to attack his enemies, the unruly Vítkovec clan. During the Hussite Wars, the mainly German population remained royalist and stoutly defended the Catholic cause. Commercially, the 16th century was a golden age as České Budějovice exploited its precious silver deposits. Still, the economic and social dislocation caused by the Thirty Years’ War put an end to this prosperity, and in 1641 the town was ravaged by a terrible fire that damaged or destroyed almost every building of importance. This led to large-scale reconstruction, which accounts for the mainly baroque appearance of today’s town. The advent of the railways in the 19th century brought an industry to the region, and České Budějovice became the third-largest city in the country after Prague and Plzen. Today it is best known for its beer. 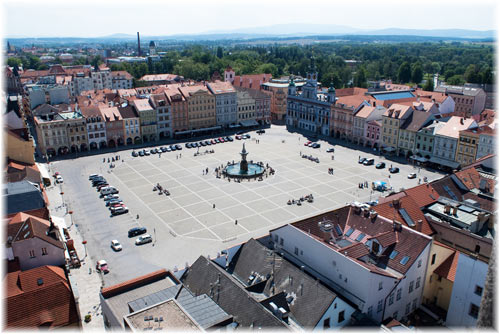 The town’s main square, náměstí Přemysla Otakara II, is one of the largest in Europe: the Town Hall, a graceful building, dating from 1727 to 1730, the 13th-century Church of St Nicholas and the lofty Černá Věž (Black Tower) are the main attractions. It’s a climb of 360 steps to the Tower’s viewing gallery, but well worth it. A few minutes walk away is the old meat market (Masné krámy), dating from 1564, now serving as a traditional beer hall. Visitors who develop a taste for Budvar may like to sign up for a tour of the famous brewery.

The Budweiser Budvar Brewery is situated two hours south of Prague by car. A guided one hour tour costs 100 CZK per person for a minimum of eight persons and must be booked in advance. Brewery tours: daily 9 am-3 pm. Sample the rich and malty local Budvar; check out the more than 100 motorcycles on display at the Museum of Motorcycles. (www.budvar.cz) 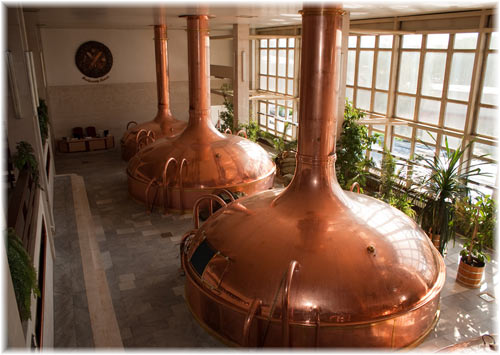 Tip: Book a day trip to the Ceske Budejovice.