Cesky Krumlov – City That Will Enthrall You 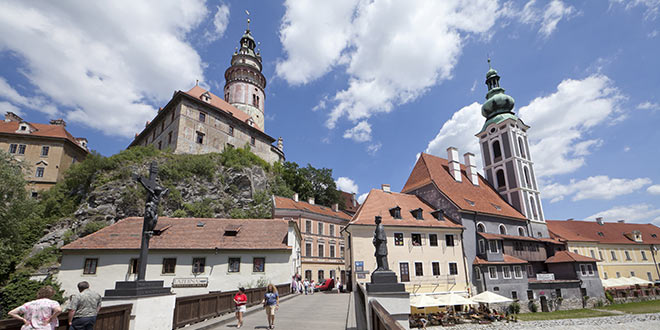 According to statistics, this picturesque city has been, not unjustifiably, the second most visited city in the Czech Republic, and since 1992 has been recorded in the List of UNESCO Monuments of Cultural Heritage. It is fascinating to visit the complex of a castle and manor, meandering alleys deep beneath it, and numerous wall paintings, which can be found not only at the manor courtyards.

Do you ask what those crowds of Japanese tourists constantly seeking in a city almost 200 kilometres away from Prague? The answer would be that they seek what the tourist guidebooks promise them and what they will unforgettably experience during their relatively short sightseeing tour of this treasure. 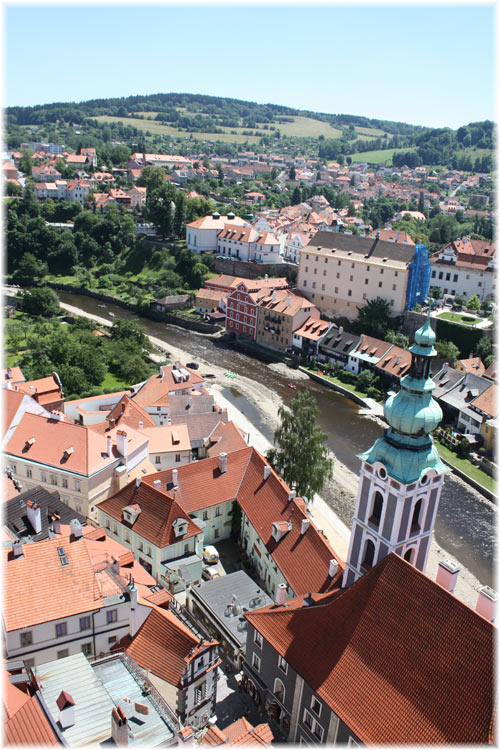 Český Krumlov is situated on the Vltava River in a basin-shaped valley, bordered on the north side by Blanský Forest and on the south and west sides by foothills of the Bohemian Forest. The area of the manor is one of the most extensive in Central Europe. It contains 40 buildings, five courtyards and seven hectares of manor garden; therefore, the tour has been divided into two routes.

The first route of the manor tour starts at the third courtyard, and it aims to examine the original interiors from Renaissance and Baroque times, and it also includes the manor chapel of St. George. The second sightseeing route concentrates on the history of the Schwarzenberg Dynasty, including a visit to a rich portrait gallery.

Sgraffito paintings of the courtyard façades were created around 1588, and they depict allegorical and mythological scenes and characters from Greek and Roman history. Also, many houses in the city are justifiably proud of their façades, which are decorated with paintings, portal gates or sundials.

The Bear Trench is the place where bears were bred since 1707. Such a tradition of breeding at the manor originates from the 16th century, from the reign of the last Rožmberks. A theatre in the fifth courtyard originates from Baroque times, and it has been used as a theatre museum. Tourists may also visit the manor tower. 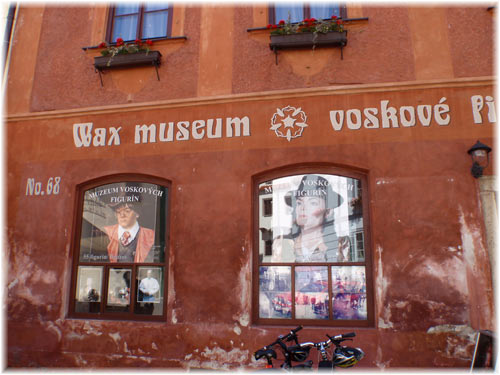 A beautiful view of the city is available from the fortification wall. Nearby is modern and controversial, but for many, an inseparable, revolving Summerhouse Bellarie auditorium. Not less compelling is a walk through the city’s alleys, with its beer bars, cafés, many public fountains, museums, galleries and sacred monuments – in addition to the manor chapel – the church of St. Vitus or the church of St. Jošt. 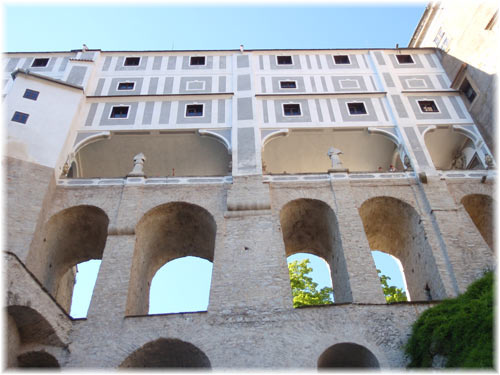 Tip: if you plan a trip by car between Prague and Vienna, Munich, Salzburg or Linz, it would certainly be worth considering a few hours stop for sightseeing in the city.