Chapel of the Holy Cross in Prague 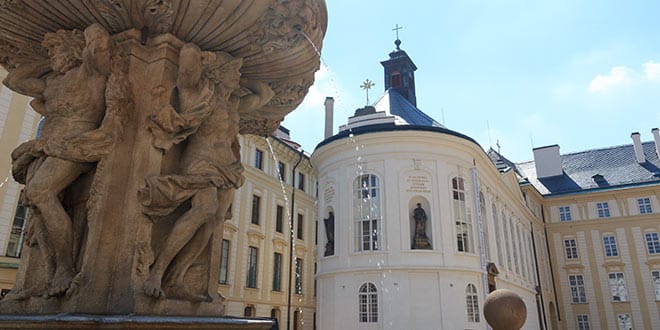 You can find the Chapel of the Holy Cross in Prague Castle‘s second courtyard. It was built in 1763 and temporarily became a treasury of the St. Vitus Cathedral in the 20th century. Valuable works of art can be seen in the chapel.

History of the Chapel

During the reign of Maria Theresa in the 18th century, the Prague Castle was modified, and some new buildings were added. The Chapel of the Holy Cross was built by Anselmo Lurago between 1758 and 1763, according to plans made by the court architect, Pacassi.

The original Baroque style of the building was changed to the Classicist style in the 19th century when the Prague Castle was rebuilt for Emperor Ferdinand I. The monarch lived at the Castle in seclusion after he abdicated from his office in 1848. The Chapel of the Holy Cross became his family’s sanctuary.

Interior of the Holy Cross Chapel

The high altar in the chapel is from the Baroque era, as is the crucifixion painting at the altar. It is decorated with sculptures by I. F. Platzer, and the walls are painted with scenes from the Old and New Testaments.

The Chapel of the Holy Cross is where the St. Vitus treasure was exhibited from 1961. Shrines, liturgical objects, chasubles, jewels and other valuable objects were displayed there until 1990.
Nowadays, a shop of the Prague Castle administration is inside the chapel. 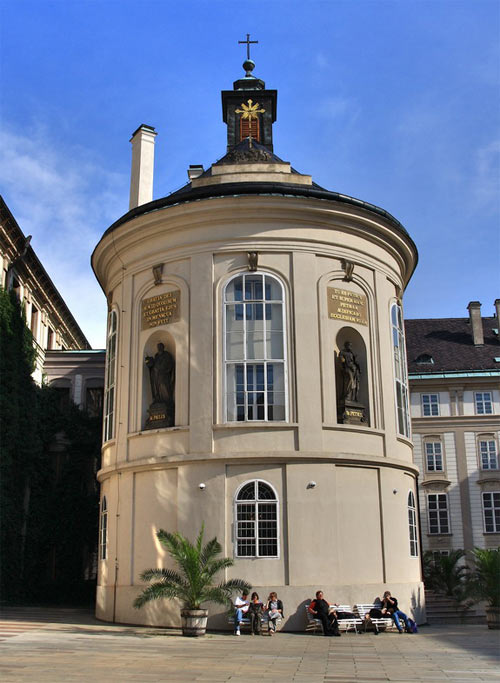