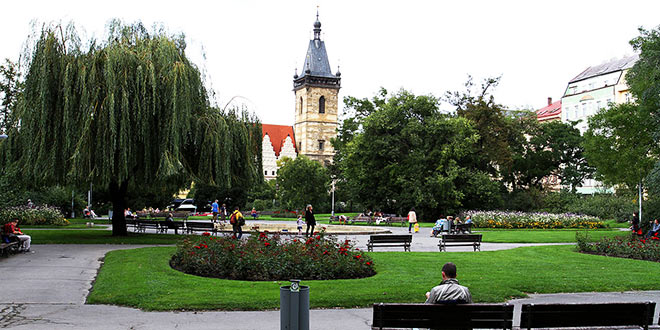 The Square got its present name in the 19th century, before which it was called the Cattle Market, selling not only cattle but also firewood, coal and pickled herrings. In the middle of the Square used to stand a wooden tower in which coronation jewels were displayed once a year. In 1393 the tower was replaced by a chapel with a small cemetery. However, the chapel was destroyed in 1784.
For a long time, the Square was just a muddy place. That is why, in 1876, it was turned into a park with two fountains and many trees surrounding it, especially in the southern part. The park contains many statues of famous Czech people, such as Vitezslav Halek, Eliska Krasnohorksa, Karolina Svetla and Jan Evangelista Purkyne.

View of the New Town Hall – Even though the park is divided into three parts by two frequented streets (Jecna and Zitna), it is a nice place to sit and relax. Charles Square is surrounded by many interesting buildings such as the New Town Hall, the Jesuit College, the Church of St Ignatius of Loyola, and the Faust House. 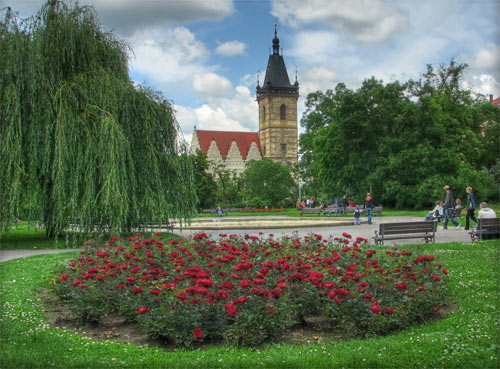