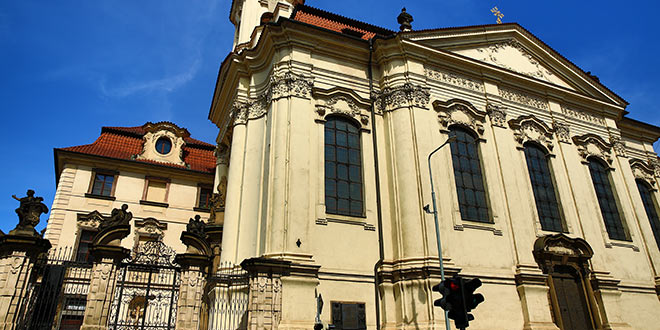 This Baroque church was first consecrated to St. Charles Borromeus and built together with a house for emeritus priests in 1730-1739. The church and the house were abolished in 1783 and used for several purposes. It took nearly 150 years before the church was given to the Orthodox Church and consecrated to Sts Cyril and Methodius.

The church is situated on a raised terrace after the ground shaping of the neighbourhood. Baroque frescoes inside the church are edged with stuccoes. The garden in front of the church is framed with a Baroque fence decorated with statues of angels.

The church became very well-known during WWII. Seven Czech paratroopers died here on 18 June 1942, after taking part in the assassination of the Nazi Governor of Bohemia and Moravia, Reinhard Heydrich. Members of the Czech Orthodox community helped them hid in the crypt, but they were betrayed and attacked in the church by the Gestapo and committed suicide rather than fall into enemy hands.

On the wall of the crypt near a window, where you can still see the holes from the bullets, is the memorial plaque with the names and portraits of the heroes. The crypt serves now as a National Memorial to the victims of the Heydrich Terror. Crypt can be visited by appointment only.

Other names:  Church of St Cyril and Methodius; Kostel sv. Cyrila a Metoděje 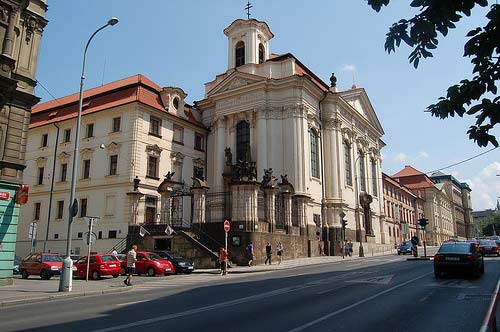 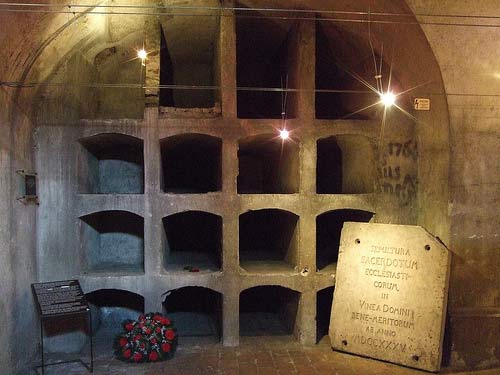