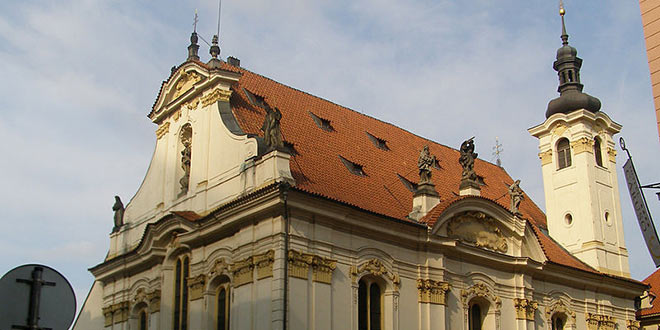 The Bohemia Brethren built this church with high Late Gothic windows in 1615-20, and in the middle of the 18th century, it was redecorated in late Baroque style together with the buildings of the convent and hospital to which the Church originally belonged. The hospital, at the end of the 1770s, the only one in Prague, was owned by the Order of the Czech Brothers of Mercy, whose main mission was to care for the ill. At the same time, it was a modern scientific institution, Prague’s first anatomy lecture hall, e.g. in 1847, the first operation under narcosis in the Austro-Hungarian Empire took place here. The members of the order were important physicians, pharmacists and musicians. They made the church one of the most sought after musical centres of the order in Central Europe. Johann Theobald Held (1770-1851), a musician and composer, was also the physician, dean of the medical faculty and the head of the hospital. František Xaver Brixi died in the hospital in 1771. The organ in the church was built in 1724 by Andreas Wambesser and was played by Wolfgang Amadeus Mozart and Joseph Haydn. The reconstruction of the organ carried out by Vladimír Šlajch was finished in 1993 to reveal an instrument of quite an exceptional sound quality. The church now hosts concerts mostly by the Prague Symphony Orchestra with the permission of the Order of Brothers of Mercy and still serves as a hospital as well – the Na Františku.

Location: Situated in a peaceful corner of Josefov, Dusni 1. Admission free.
Open: for concerts
In Czech: Kostel svatého Šimona a Judy; Other names: Church of St Simon and Juda 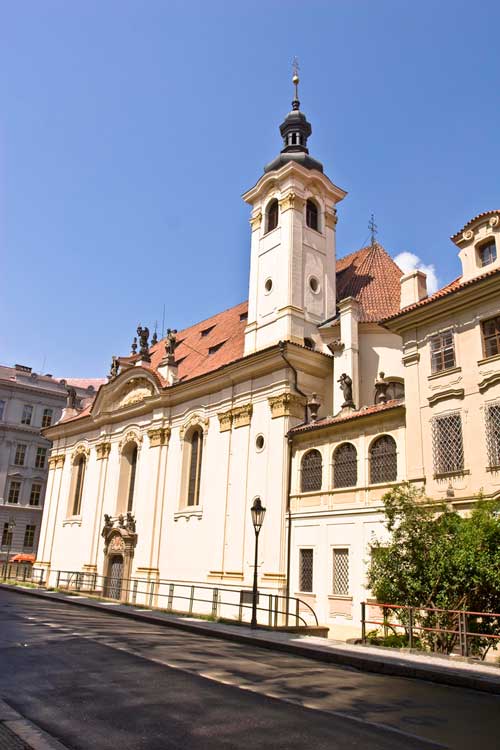