Comparison of Prices of Beer in the World: The Cheapest One Is Draught in Prague, in Oslo You Pay up to 250 CZK 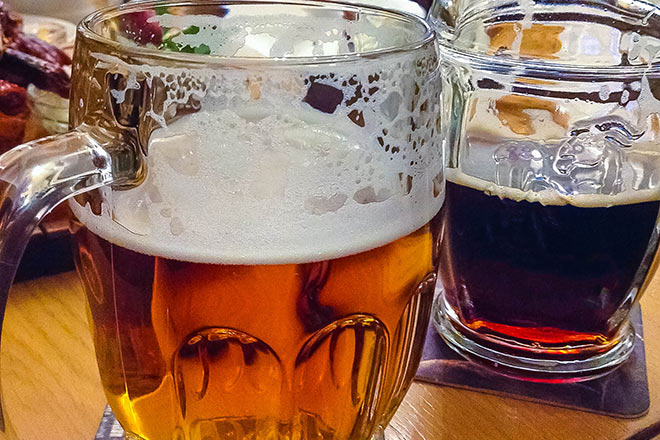 Generally said, tourists often seek the Czech Republic because of the cheap alcohol. The newest statistics were done by the Deutsche Bank confirm that. Out of almost fifty compared cities, Prague has the cheapest beer. In the Czech metropolis, you pay a little bit over 30 CZK for a mug of beer. The closest to Czech is Johannesburg, where you pay a bit over 40 CZK. On the other side of the list, you can find Oslo in Norway. Prepare approximately 250 CZK for one beer.

Even though many Czechs are constantly complaining that beer is getting more expensive every year, we are really doing well compared to the rest of the world. Deutsche Bank decided to compare the price of beer in nearly 50 major capitals of the world, and Prague came out as a winner. Compared to the world prices, people can find very cheap alcohol there.

Opposite to the Czech 32.5 CZK for half a litre of beer, you pay much more in some other places. And we don’t have to travel that far. In Norway, the beer costs almost 250 CZK, which is an astronomical amount compared to the Czech environment. Of course, a partial prohibition in the Scandinavian countries is linked to that. You cannot buy alcohol easily in a store. However, beer is also expensive in France, where you can pay 150 CZK per glass.

Beer is also surprisingly expensive in Singapur, where you give approximately 2325 CZK for it, and American cities like New York and Boston are not far behind. On the other hand, in Europe, you can find affordable beer in Lisboa or Warsaw, where the favourite Czech beverage costs 50 or 58 CZK.

However, if you want to go for a vacation and drink a cheap beer, visit South Africa. Cape Town and Johannesburg are among the last fourth of the cheapest cities. The servers will ask for less than 50 CZK per pint. According to the statistics, Prague is not the very cheapest one though. You will pay even less in Slovakia, Kyiv or Krakow.

Share
Facebook
Twitter
Pinterest
Email
Print
Previous article15 Czk for 1 Euro? Governmental Amendment Wants to Prevent the Ripping off of Tourists in Money Exchange Offices
Next articleThe Czech Republic Is the 21st Happiest Country in the World, for the First Time the Happiness of the Immigrants Was Rated as Well
RELATED ARTICLES
Czech Beer & Spirits