Czechs Cannot Get a Lunch for Less Than 100 CZK Anymore 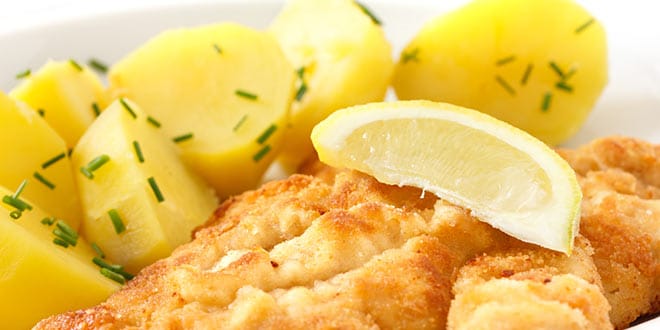 The prices in restaurants went higher due to the introduction of the EET system.

The average amount Czechs paid for lunch this June was 108.20 CZK. Compared with 2007, the average sum for a lunch menu increased by 20 CZK. In most of the county capitals, the employees cannot buy lunch for less than 100 CZK.

The most expensive is lunch in Prague, where people spend 120 CZK on average. In downtown Prague, it is almost impossible to find a restaurant that serves a lunch menu for less than 100 CZK. The cheapest lunches can be found in Olomouc and Jihlava, where people pay a little bit below 100 CZK.

This is clearly shown in the Ticket Restaurant Card Index – research based on payments from more than 60,000 Czech employees, who use Ticket Restaurant meal vouchers for paying for their lunches. The statistic is derived from over 800,000 transactions in the Mastercard network in restaurants in all Czech regions every month.

The prices that the employees in the individual regions have to pay for lunches are growing. In June, Czechs paid 108.20 CZK on average. In the year-to-year comparison, they spent 5.4 CZK more.

According to the index, the Czechs started to spend significantly more from last October when some foods and other ingredients got more expensive. Another bigger increase happened in December when the electronic register of sales in restaurants came into force.

“This had the fastest effect on the expenses for lunches in the biggest cities, in Brno and Prague, and also in places where prices are above the long-term average; for example, in Plzen or Ceske Budejovice. On the contrary, in the cities where people pay less for lunches, the growth of prices is slower, and it takes longer,” says Jiri Brych, the manager of Ticket Restaurants.

While fast growth occurred in the biggest cities like Prague and Brno at the beginning of the year, now the prices are going up in the locations where lunches are cheapest over the longer term.

The Value of a Meal Voucher Is up to 109 CZK

Compared with the period 10 years ago, the average price of lunch didn’t grow too significantly. In 2007 it was roughly around 85 CZK, almost 20 CZK less than now.

The current average price of lunch in the whole Czech Republic is close to the meal allowance acknowledged by the state, based on which it is possible to calculate the most favourable value of meal voucher, which is nowadays 109 CZK. With this value, both the company and the employee reach the biggest tax advantages possible.

In common practice, the daily contribution to the meal allowance from the employer is lower. “With the paper meal vouchers, it is 80 CZK; with the cards, we now got over the limit of 85 CZK,” says Brych.

Share
Facebook
Twitter
Pinterest
Email
Print
Previous articleIs the Czech Republic a Country of Idlers? According to the Scientists We Are Not Doing Badly
Next articleMore and More Czechs Purchase Food Online
RELATED ARTICLES
News