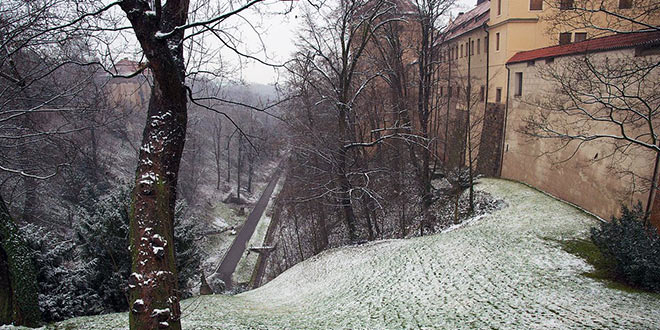 Deer Moat (Jelení příkop) used to be a part of Prague Castle‘s northern fortification and helped defend the Castle. It was created by the Brusnice stream, which was drained via underground pipes in 1899. Archaeologists found out in the 19th century that the moat hid traces of prehistoric settlement.

When the Royal Gardens were created, the Deer Moat was arched by a wooden bridge on five stone pillars, called Powder Bridge (Prasny most). Later the bridge was replaced by a dyke that divides the moat into upper and lower parts.

During the reign of Rudolf II, the moat was fenced and used for hunting a large number of deer, which gave rise to its name. Unfortunately, all the deer were shot by French soldiers during the Prague occupation in 1741-42.

Deer Moat was also used as a rubbish dump. During the reign of Joseph II, the Deer Moat even contained some items from Rudolf’s renowned collections that were not sold at auction. Even bears could have been seen in Deer Moat about 100 years ago.

These days you can visit both the upper and lower parts of Deer Moat. The upper part offers small meadows with a network of paths and benches. The lower part keeps the natural character of the past. The Deer Moat is open during the summer season. 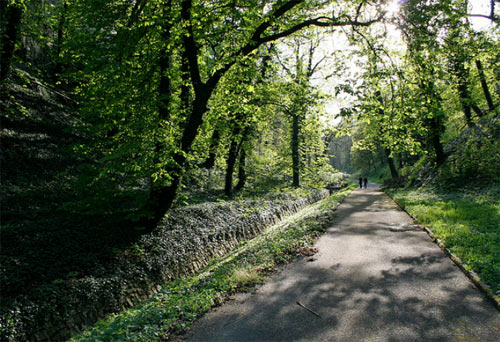 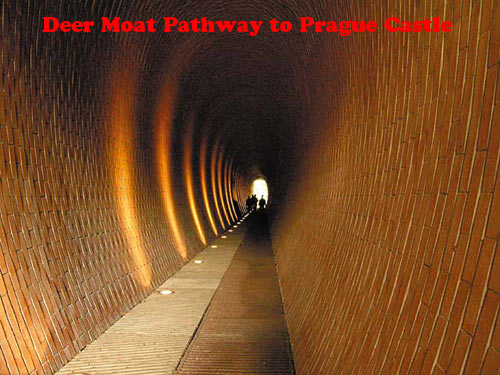