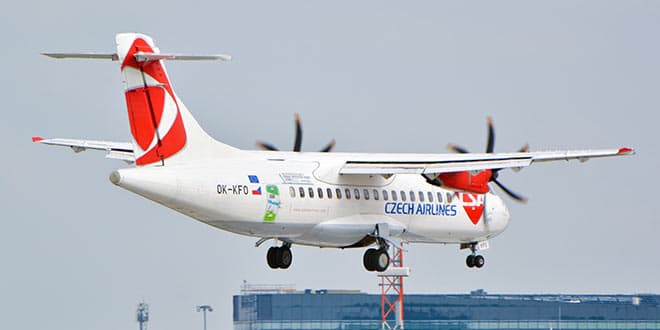 The Czech Republic’s train and bus network is surprisingly cheap and efficient. While the quality may not be anything to brag about, both systems (except the privately owned firms like the Student Agency) are comprehensive and normally run completely on time. The bus service is the most extensive, and lots of people utilize it instead of the trains as it is usually more direct and quicker. Prices between the buses and trains are normally similar. For stops on the major train routes where the service is fast and regular, you will possibly decide to take the train; but you will inevitably find yourself taking the bus for lots of other destinations.

Czech Republic Airlines (ČSA) flies routes between Ostrava and Prague, though the airway also claims to cater to Karlovy Vary and Brno. There is also a bus service meant for passengers catching connecting flights through Prague, but most Czechs would struggle to believe that you’d bother to take a domestic flight because the country is so small.

Their direct bus routes from Prague to nearly all towns across the country and villages and towns of almost every size are connected with the regional service. The week-day service is pretty thorough, as lots of Czechs depend on inter-city and regional buses to get from and to their work, and Sunday and Friday’s nights are particularly packed with the weekend travellers; in contrast, on Saturdays, there’s usually a delay in the service. The previously state-operated bus firm, Č.S.A.D., still runs a comprehensive network of routes across the country. But now, there are more privately run bus companies offering the same thing. The quality of the service varies, with lots of old buses on the roads, usually with smaller seats without proper headrests. Thankfully, there’s an ever-growing quantity of more modern and comfortable buses emerging also. Buses on the longer distance overseas routes, though, are almost always of a superior standard.

Tickets for buses are normally bought on board from the bus driver in cash. However, on Sunday and Friday evenings, it is a smart idea to reserve your seat in advance because the system gets jammed by the people travelling home or out to the countryside for the weekend.  To reserve your seat, you’ll need to travel to the relevant bus station. Tickets for all Prague buses can be bought from the central bus station in Florenc, but not every bus actually leaves from there. You can further decide to purchase and book your ticket on the internet using a central reservation system and print your ticket out (although you cannot do this with every transport operator).

Your seat reservation will come with a particular seat indicated on your ticket, and your bus may well board the passengers who have a reservation first. Bear in mind that if you don’t possess a reservation, then you might get booted off by a traveller who comes along and has a ticket for your seat. The Bus Driver will often permit travellers to stand up if it is packed, but there’s still a chance that your bus might fill, so the best idea is to get there 20 minutes early. Bear in mind that if you are taking bags with you, you might need to place them into the under-carriage for an additional (small) charge. Keep your bus ticket on you throughout your journey because the ticket inspector might come on the bus to check, though usually, this is quite rare.

One particular problem with the Czech bus network is that the written schedules are almost completely indecipherable. The clerks who work on the information windows are usually unhelpful and rude.

Most Czech cities are serviced by trains also, although they’re only a restricted quantity of trunk lines emanating out of Prague, and this can slow the proceedings down a lot if you’re not moving between main cities linked by a major line. Tickets for trains can be purchased at a station, and it’s not mandatory to do this long before your journey. You buy your tickets on the web, also, at www.cd.cz, which often gives you a reduced price. Tickets for trains stay relatively cheap, except for major routes on overseas lines, which might include an Inter-City (I.C.) or Euro-City (E.C.)  surcharge and Super City Pendolino trains —that are guaranteed to be a superior quality train. České Dráhy (Č.D.) is the state-run rail company, which has operated at a loss for a long time and, thus, has frequently talked about cutting back its’ services to reduce its costs. Most trains are throwbacks to historical eras and can be smoky and dirty, though there’s a great mixture of other, more modern trains. There’s additionally (at least) one private firm in competition to the National Rail Company, called The Student Agency, running some domestic routes, such as Prague Ostrava.

Getting Around the Czech Republic – via a Car and Driver