Drunk Driver “Scrubbed” Parked Cars With His Taxi, Breathed in 1.5 per Thousand 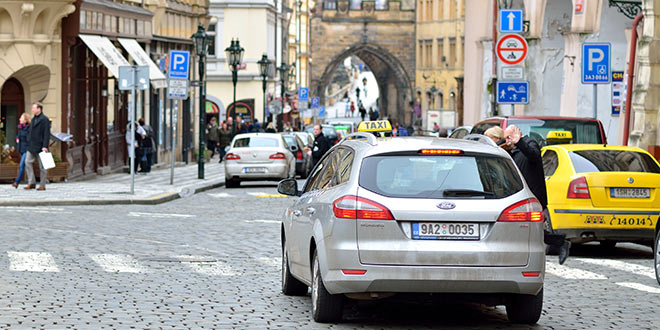 On Thursday the 18th of February 2016, Prague’s policemen secured a 38 years old taxi driver who crashed several cars on Ženíškova street. After getting out of the car, he barely stood on his feet. He breathed in 1.5 per thousand.

Report of the doubtful ride of the driver who crashed several cars on Ženíškova street was received on Thursday in the afternoon. When they arrived, they saw a man who tries to get in a damaged car.

“During the check, the 38 years old man barely stood on his feet and strongly smelled of alcohol. A witness also said that the man drove at a very high speed through the street. Here he crashed into one of the parked cars, and the impact threw it on another car behind it,” said the policemen’s speaker, Irena Seifertová.

The patrol handed the man over to the police. They were also interested in him in conjunction with a theft in a supermarket on Brandlova street.

“The event was seen by a cautious citizen who reported it on the emergency line and described possible culprits. One of them was the drunk taxi driver,” the speaker concludes.

The taxi driver was not the only drunk driver on Thursday. A few hours later, a police patrol checked a driver in Vídeňská street. She breathed in 3 per thousand. She was also handed to the police.