Home / News / Emirates will be flying to Prague 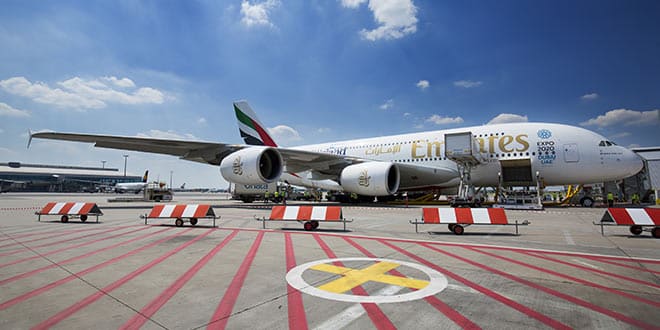 Emirates will be flying to Prague

Prestige airline Emirates is to commence a daily flight from Dubai to Prague in July 2010, as well as adding new routes to Amsterdam and Tokyo for 2010. For Prague Airport, Emirates represents an opportunity to increase passenger numbers, as last year Prague airport showed a decline in the number of passengers.

The Prague route will start on July 1, served by Airbus A330 aircraft configured for 27 business class seats and 251 economy class seats. Flight EK139 will depart Dubai at 1030, landing in Prague at 1450, with the return leg leaving the Czech Republic at 1620 and arriving in Dubai at 0015 the next day.

Business class passengers and some frequent flyers members are offered luxury limousine transfers from and to the airport as part of the ticket price.

Emirates has already been carrying passengers from Prague through existing European points, such as Vienna, and under the new direct route from the airline’s base at Dubai airport, passengers can travel onwards to Asia, the Far East and Australia.

The number of tourists in Prague continues to grow, albeit at a slower pace

The Christmas markets began as the Christmas tree in Prague was lit up, accompanied by the fairy tales of Krkonoše

One-fifth of Prague’s grocery stores are cheating on foreigners, a recent study showed