DISCOVER PRAGUE!
HomeNewsEvery Other Taxi Driver Going From the Centre to the Airport Overprices...
News 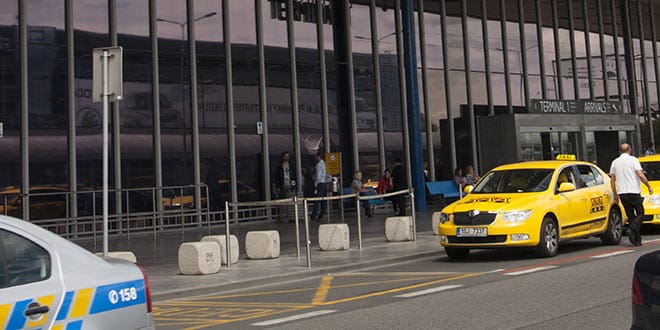 A new get-tough campaign on airport taxi overcharging has revealed the wide extent of the problem, with every second taxi going to Prague’s Ruzyně Airport found to be ripping passengers off.

The Foreign Police clamped down on taxi drivers travelling from Prague centre to Ruzyně Airport, and inspections showed that every second driver committed an offence. The most frequent offence is overpricing – drivers charge up to five thousand crowns for the ride from the centre to the airport. Frequent traveller complaints led to the inspection. However, the police checked only the problematic taxi drivers who have no contract with the airport.

Together with officers of the Municipal Government and a team of Municipal Police, the Foreign Police have been checking taxi vehicles at Ruzyně since the middle of January. Since that time, the police have checked 774 vehicles. They have imposed 255 fines on the spot, amounting to nearly 133,000 CZK.

“By their actions, they harm the name of Prague Airport, our capital and the whole Czech Republic,” said Kateřina Rendlová, spokeswoman for the Foreigners Police.

The prices charged by some Prague taxi drivers are notorious. According to the price scale suggested by the Municipal Government, a taxi ride from Prague city centre to the airport should cost approximately 600 CZK. According to some sources, some taxi drivers charge much higher prices, however, up to 5,000 CZK. Foreign guidebooks warn tourists against this vice.

From January until the end of August 2010, approximately 506,000 passengers used a taxi from the airport; the Foreign Police checked approximately 0.15 percent.

Another popular option for visitors is to pre-book their taxi ride with companies that allow passengers to pay in advance online. Prague Airport Transfers, for example, offers a one-way ride into the city on its website starting at 560 Kč for one sedan vehicle.