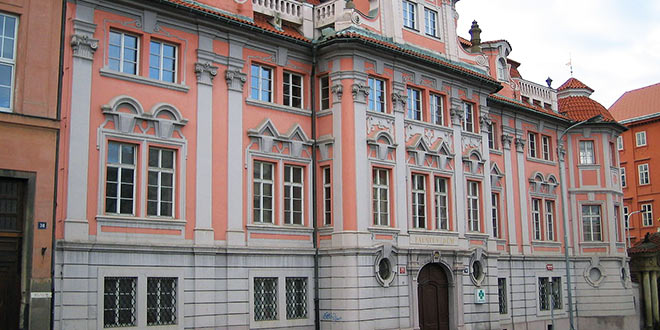 Walking around Charles Square, you can find the mystical Faust House (Faustuv dum). The legendary Dr Faust is known for his pact with the devil and black magic. Even though the real Dr Faust probably never visited Prague, this house got its name for its mystical history and, especially, for its eccentric inhabitants.

In the 14th century, this baroque mansion was owned by Prince Vaclav of Opava, who was very keen on natural sciences and alchemy. He was the first to give rise to the association of the Faustian legend because of his special profession. Under the rule of Rudolf II, astrologer Jakub Krucinek lived there with his two sons. The younger son killed the older one for treasure that was allegedly hidden in the house.

Among other dwellers of the Faust house was the famous alchemists Edward Kelley and Ferdinand Antonin Mladota of Solopysky, whose chemical experiments (which sometimes led to big explosions making holes in the roof!) scared people in the neighbourhood. Mladota’s son was good not only at physics and chemistry but also at mechanics. He astounded his visitors by making a door open by itself, creating a flying staircase and creating electric shocks while touching the door handle.

Following that, a pure student lived in the house. He tried to cover the holes in the ceiling but was unsuccessful. Legend says that he found a secret book, read some spells and was taken through the holes by the devil-like Dr Faust.

Probably the most eccentric dweller of Faust House was Karl Jaenig in the 19th century. He painted the walls with funeral texts, had functional gallows at home and slept in a wooden coffin. In his Will, he stated that he wished to be put into his coffin face down.

Even though the names of the dwellers may be forgotten, their unusual behaviour in other people’s eyes created a legend that will always stay alive.

Unfortunately, Faust House is now closed to the public, but you can still admire the house from the outside and wonder what history is hidden behind its walls. 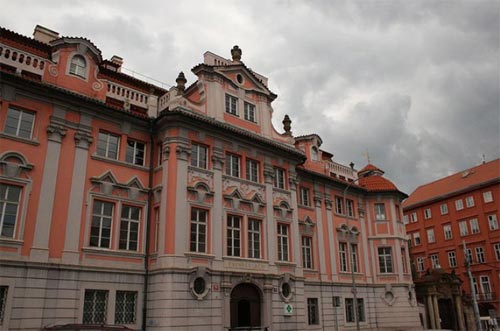