Ferries in Prague Have Comfortable Boats and Allow Wheelchair Access 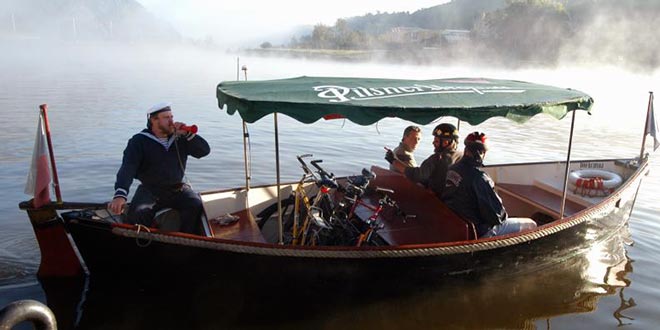 Three new watercraft were introduced in late September 2016 at the Výtoň wharf in Prague 5, which will ferry the citizens of Prague on the Vltava River. Their new design allows better access for prams, bicycles and wheelchairs.

The new ferries were named Břehule, Břehouš a Ledňáček. Their design is based on the ferry that comes from Podbaba. It can carry up to 12 people.

Like all ferries of Pražské Benátky, which operates most of the ferries in Prague, these ships were also designed by the CEO Zdeněk Bergman.

“Although it is a unique, brand new type of ship, I tried to base its design on the traditional ferries that sailed here in the late 19th century,” says Zdeněk Bergman, a ferryman from Prague.

A valid transport ticket like the ones used in regular public transport is all you need to ride on the ferry.

Share
Facebook
Twitter
Pinterest
Email
Print
Previous articleThe Town Halls Are Responding to New Parking Zones; There Will Be Cheaper Sections and Parking Lots
Next articleFrom Prague to Dresden on the Motorway by the End of 2016
RELATED ARTICLES
News