DISCOVER PRAGUE!
HomeNewsFerris Wheel in Prague: See the Town From the Luxurious Cabins at...
News

Ferris Wheel in Prague: See the Town From the Luxurious Cabins at a Height of 60 Metres 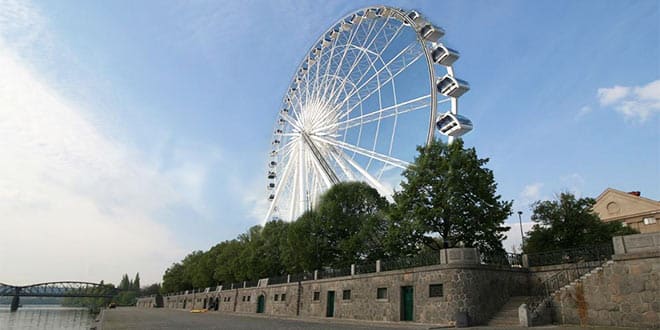 A new structure will dominate Prague for at least 200 million Czech crowns. If preservationists and the competent authorities approve everything on the waterfront of Smíchovska Náplavka, a giant Ferris wheel will arise. The investor just entered a period when he needs to process all authorizations so that the 60-metre-high wheel can be created. It should start spinning from the turn of years 2018 and 2019.

The project, called Prague Wheel, will grow up on Smíchovska Náplavka, specifically on the top of the waterfront in the place where now stands the skate park. “The wheel fits into the environment. It does not disturb it in any way,” says Pleun van Dalen of Dutch company Dutch Wheels, which will create the attraction in favour of the idea.

It should be 60 metres high, and people can enjoy a view of Prague from 42 cabs. In each of them will be space for six people.

The interior is being planned as luxurious, indeed. “We will equip the cabs with multimedia. The door will be opened automatically. We are designing the seats so that you have enough space for your legs,” said van Dalen.

The wheel should attract people to Smíchov.

The ticket price should not exceed the price of a ticket to a movie. The basic ticket for an adult will be just under 200 crowns.

Some people are protesting against the construction of the wheel. They don’t like that the mentioned skate park or playground will disappear. But the investor is trying to calm them down, saying that the playground will stay and will be even more modern. Also, there will be more green vegetation. The skate park will need to be demolished, but it is also planned that it will be moved to another place.