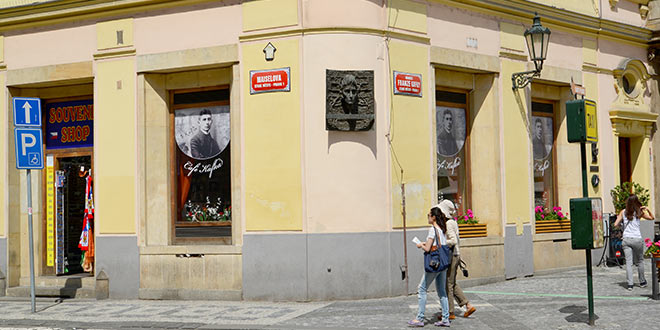 Kafka was a Czech Jew who wrote in German and was a citizen of the Austro-Hungarian Empire at birth and a citizen of the newly-minted nation of Czechoslovakia. He was born in Prague on July 3, 1883, exactly above the Batalion Schnapps bar on the corner of Maiselova and Kaprova. The original building has long since been torn down. Still, a gaunt-looking modern bust now commemorates the site, next to which is the Franz Kafka Exhibition, a modest exhibition retelling Kafka’s life simply but effectively with pictures and quotes.

Kafka spent most of his life living in and around Josefov in Prague’s Jewish Quarter, studying at a German Gymnasium on Old Town Square and working as an accident insurance clerk until he was forced to retire through ill-health in 1922. He died of tuberculosis at the age of 40 in a sanatorium just outside Vienna two years later, but his body was returned for burial in Prague’s New Jewish Cemetery (Olsanske cemetery).

The writer’s family home now houses the Franz Kafka Exposition, a modest museum that includes photos, artefacts of Jewish life in Prague and a timeline of Kafka’s life. 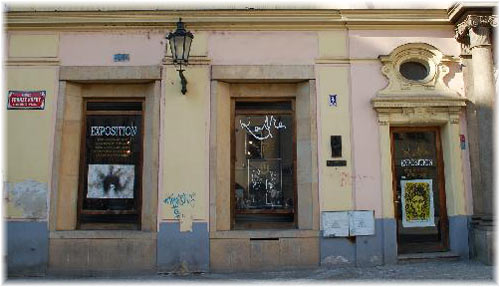