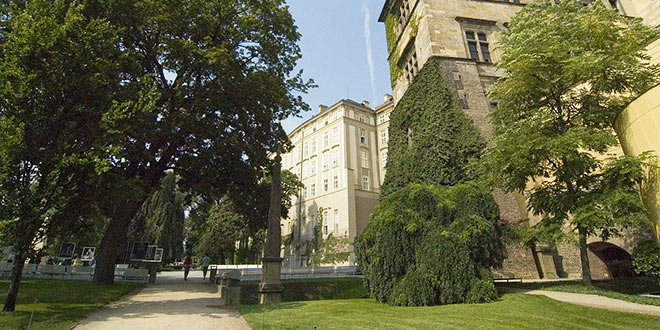 This garden, cultivated as a natural park in the mid-19th century, formed a green belt beneath most of the southern face wall of Prague Castle and has currently been restored according to the design by architect Plecnik. This garden, which offers a spectacular vista over the rooftops of Lesser Town, can be approached from the New Castle Stairs via the Paradise Garden or from the Old Castle Stairs from Opys viewpoint. There is a third entrance from the third Castle courtyard via the Bull Steps (Byci schody), which leads to the garden via the central platform of the Garden on the Ramparts. There are many seats where you can sit and relax a while, and see occasional outdoor exhibitions. 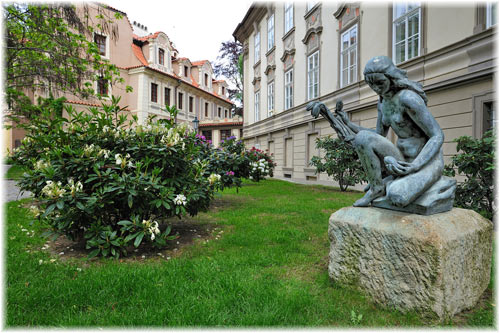 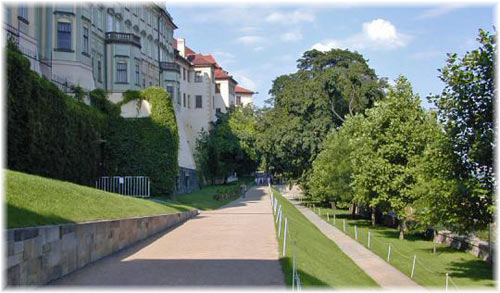