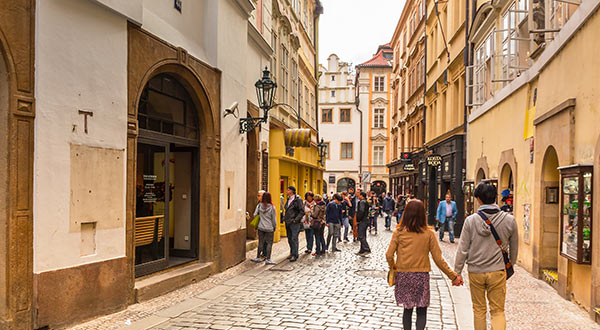 The Tourism Is Going to Grow for the Whole Year 2016

Domestic tourism grew much more in 2015 than was expected. According to the estimation, there were more than one million more tourists coming to the Czech than how many were predicted by the CzechTourism agency. There were eight million tourists predicted. Even this year should be better. Tourism is maintained especially by Germans.

CzechTourism estimates that there can be up to record-breaking nine million foreign tourists coming this year. The average in past years was approximately two million lower.

In January 2015, the CzechTourism’s estimations were still soberer. The agency estimated about seven million foreign tourists coming to the Czech in the last year. Although the numbers are not fully counted yet, according to estimations, one million more foreign visitors came last year. Even the Czech travel more in the republic; there were about 7.5 million Czech tourists housed in hotels and pensions.

“The dynamics of domestic tourism has quickened remarkably; that is why the expectations are positive as well,” Chaloupková said. More tourists from Asia come to the Czech Republic, while the market was improved by establishing a new direct Beijing – Prague airline. Specifically, they are especially Chinese and Koreans, who are both solvent clients.  More airlines from Asia are being prepared.

“There is a lot of talk about the Asian tourists, but we forgot those who are the main force in tourism, and these are especially German,” Chaloupková says. Just in the first three quarters of the last year, there were 1.3 million of them coming to Czech, and the growth ratio was fifteen per cent.

Czech tourism is helped by the fact that the country is perceived as a safe one. People come here from abroad for knowledge and sights, while the main magnet is Prague. On the other hand, Czech tourists escape from cities to the countryside. They are interested in, for example in southern Moravia or Šumava.

Share
Facebook
Twitter
Pinterest
Email
Print
Previous articleCan We Expect Russians Returning to Prague in 2016?
Next articleMost Tourists in Prague Save on Both Food and Presents. However, Some Nationalities Make an Exception
RELATED ARTICLES
News