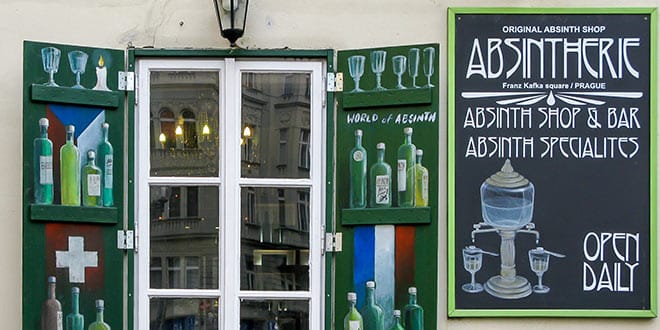 Absinthe has made a comeback in Prague as the spirit of choice of alternative trendsetters. It is very well known as the ‘green fairy’ liquor, due to its normal green colour. Absinthe is a powerful concoction (with 70% of alcohol), flavoured with wormwood, and once in the late 19th and early 20th centuries, it was consumed in huge quantities across Europe. Thanks to added wormwood and herb, Absinthe contains a psychoactive neurotoxin called thujone. Leading artists, writers and other louche libertines were attracted by its potency, vibrant green hue and ritual preparation. But Absinthe also had bothersome side-effects, such as blindness and death, which finally led to it being banned.

Absinthe was legalised again in the Czech Republic in the 1990s and has become something of a cultural icon, with several brands available. In most of the European Union, Absinthe may be sold as long as it does not exceed 10mg of thujone. 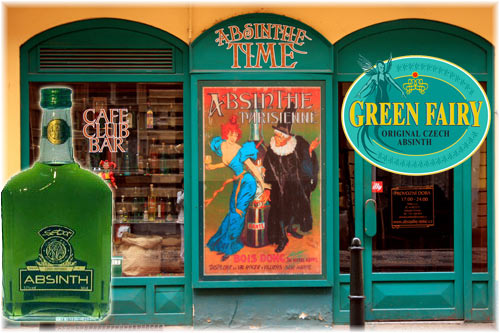 In Prague’s bars, the drink is served by burning a small amount of Absinthe-soaked sugar on a spoon, which you then stir into your glass of Absinthe and douse with water (1-2 parts water to Absinthe). Any use of fire and/or pyrotechnics may look impressive but has no connection with the traditional preparation of Absinthe. 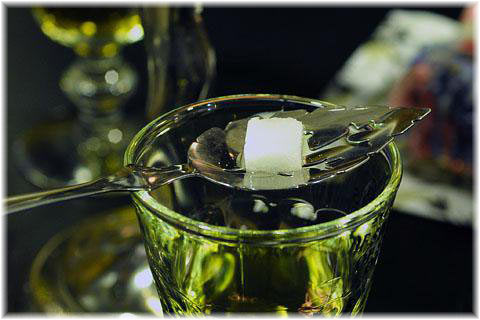 Some famous brands are Hill’s Absinthe, Staroplzenecky Absinthe, Absinthe King of Spirits, Red Absinthe (red in colour), Absinthe Original, and La Fee Absinthe. According to French or Swiss recipes, the main traditions of manufacturing are worth noting that the Czech spelling of absinthe is “absinth”, leaving off the “e”. 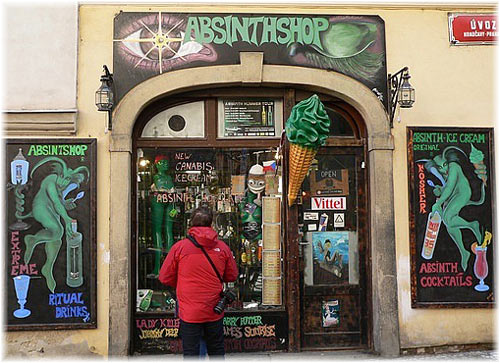 You may buy Absinthe in most of the souvenir and liquor shops, and it can make a good present/ souvenir for your friends. 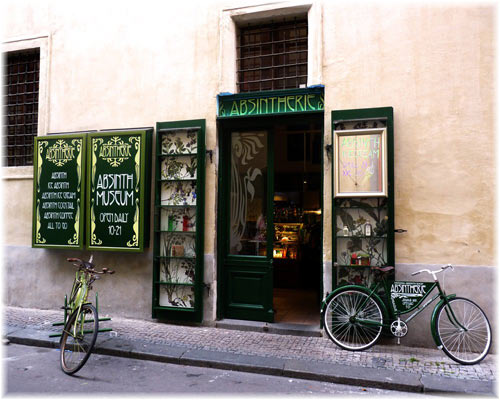