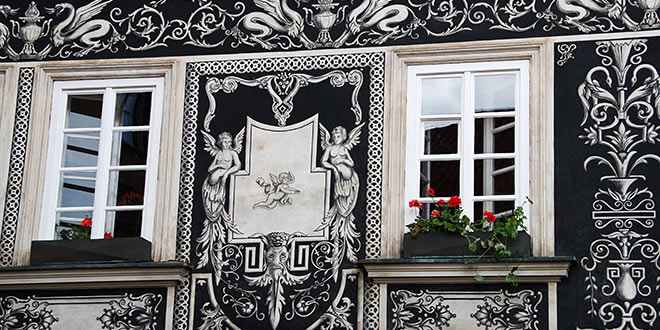 Originally a late-Gothic house from the 15th century, it was rebuilt in the Renaissance style in the 16th century. The house used to be called “At the White Lion” and was a pharmacy. A sculpture of a white lion is still there, at the corner of the building. The present name “At the Minute” means “at the diminutive” because of the little pieces of tobacco that used to be sold there.
Demolishing the house “At the Minute” and some houses around was considered in the 20th century. Still, fortunately, they were saved and later, in 1919, Renaissance sgraffito from the 17th century was discovered there.

The sgraffito depicts Habsburg rulers Philip II of Spain, Rudolph II, Maxmilian II and others. Several typical Renaissance themes can be seen in the sgraffito; for example, three sons fighting for their father’s heritage.

Inside the house “At the Minute”, there are some fragments of the original wall paintings and stucco decorations on the walls. Also, painted Renaissance ceilings were discovered there.

Franz Kafka in the house “At the Minute”

The writer Franz Kafka lived in the house with his family from 1889 to 1896. His three sisters Elli, Valli and Ottla, were born there. 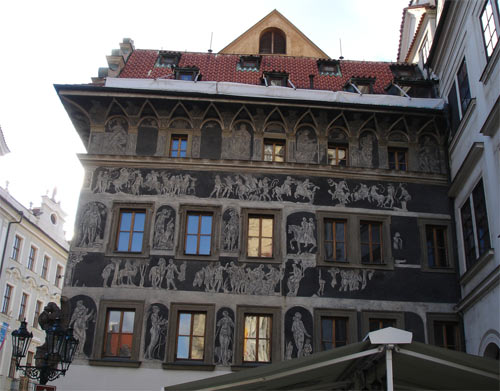