House at the Two Golden Bears 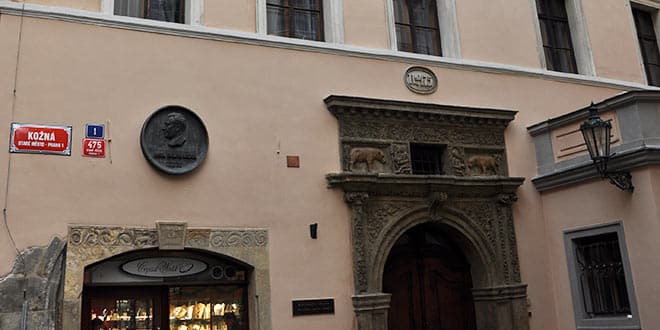 House at the Two Golden Bears (Dům u Dvou Zlatých Medvědů) is an incredible Renaissance building situated at the corner of Melantrichova Street and Kozna Street in Prague Old Town. It is also one of the oldest houses in Prague. House has beautiful Renaissance arcades dating from the 16th century and an ornate portal with reliefs of two bears by court architect Bonifaz Wohlmut.

Secret corridors in the basement

The house “At the Two Golden Bears” was built in the area of two Gothic houses between 1559 and 1567. There are remains of the Gothic buildings in the basement and the ground floor. A story says that secret corridors lead from the basement to the Old Town City Hall and the Church of Our Lady before Tyn.

Important architect Bonifac Wohlmut probably participated in the building. Ionian and Tuscan pillars hold the arcades by the courtyard. The most valuable part of the house is the portal: two sculptures of bears and two men with babies in their hands. The bears used to be gilded in the past. They gave the house its name. The whole portal is covered by decoration with flower motifs. There are valuable pieces of handcraft inside the house.

Memorial plaque on the house

There used to be a brewery in the house “At the Two Golden Bears” in the 15 century. The building had many owners during the history. The journalist and writer Egon Erwin Kisch, called “furious reporter”, was born in 1885. You can see a memorial plaque dedicated to him on the wall.

At the end of the 19th century, there were plans to build a wide road in Prague, connecting Wenceslas Square and Old Town Square. It was planned that all the houses standing in the way, including the house “At the Two Golden Bears”, would be demolished. The public protested a lot against this decision, as well as the artists, did. Thanks to that, the plans were not realized.

The house was restored in the 20th century, and at present, there is the directory and some scientific workplaces of the Prague City Museum. 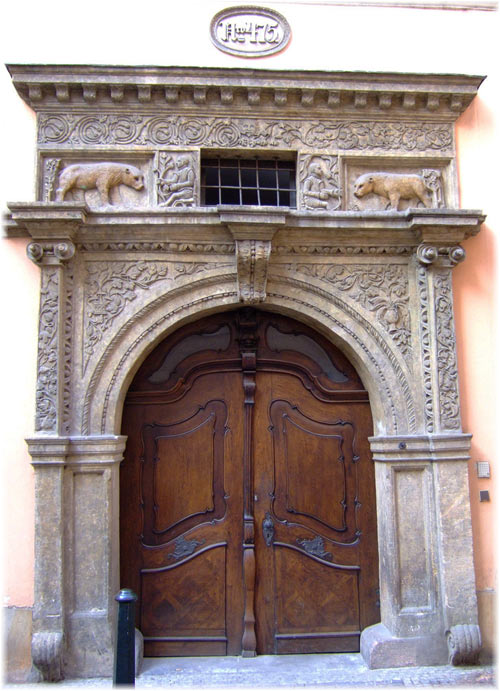