DISCOVER PRAGUE!
HomeNewsIs the Czech Republic a Country of Idlers? According to the Scientists...
News

Is the Czech Republic a Country of Idlers? According to the Scientists We Are Not Doing Badly 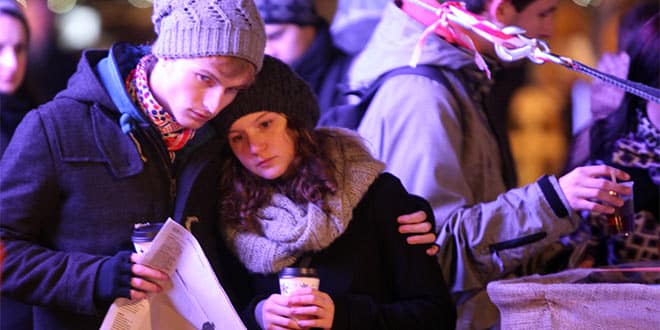 A group of scientists from Standford University published a study looking into physical activity in various countries. They managed to collect data from 717,000 people from 111 countries and then tried to connect the data about their physical activity with obesity in the given country. The results were published in the magazine Nature not long ago.

According to estimates, 5.3 million people worldwide die every year from conditions connected with a lack of physical activity. The team, led by Scott Delpe and Jure Leskovec, tried to find a simple way to compare the physical activity of a lot of people and at the same time to find out why obesity is a bigger problem in some countries than in others.

In the end, smartphones helped scientists. Most smartphones are equipped with accelerometers that can record movement automatically. The team used anonymized data from the users of the fitness app Argus from the company Azumio.

They managed to collect data about the movement, height and weight of 717,000 users from 111 countries. In total, the scientists had to process 68 million days, recorded minute by minute. For further, more exact calculations, they used data from 46 countries, where the number of users exceeded one thousand.

The first outcome of the study was to count how many steps the people from individual countries walk every day. The first place belongs to the inhabitants of Hong Kong. Czechs walk 5508 steps every day on average, and out of 46 countries, they reached 11th place. Last are the people from Indonesia, Saudi Arabia and Greece.

Does this mean that, for example, the Indonesians are more obese than the Americans, who walk more on average? Of course not, because many other factors cause the problem with obesity. The scientists discovered a phenomenon they call “activity inequality”.

It is a ratio between physically active people and those who aren’t active much. “This ratio is a strong indicator of the level of obesity in society,” the bioengineer, Scott Delp, says.

Tim Althoff, who participated in the study, points out Swedish people. They walk 5863 steps every day on average, but at the same time, they have one of the smallest ratios of activity inequality. “Sweden is one of the countries with very [few] obese people in the society,” Althoff explains.

The Czech Republic ended up in fifth place in the table comparing the activity inequality in various countries. The last places belong to Saudi Arabia, Australia, Canada, Egypt and the United States.

Another interesting thing is the impact of building big cities. In the countries where cities are more friendly towards pedestrians and where they offer plenty of recreational activities, the activity inequality level is smaller.

The Research Shows the Direction for Further Exploration

Many of these conclusions can seem very logical, and they can be deduced by common sense. Still, solid data can be a very strong argument in planning urbanistic development or in campaigns dedicated to health improvement.

“Thanks to the smartphone apps, we can connect the activity of the society with the food consumption and examine the impacts on the physical and mental health of the individuals,” says Abby King, a professor of medicine and a member of the research team.

The whole study, published in the magazine Nature, can be found here. The scientists have also created a website dedicated to their study, where they published all the data that has been used.