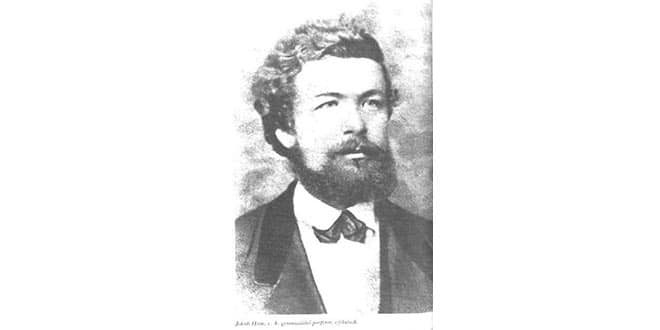 In a national poll in 2005, Jára Cimrman was easily voted the “Greatest Czech Ever”. A good example of his insightful wisdom was when he said: “I am such a complete atheist that I am afraid God will punish me.”. So, is Jára Cimrman a philosopher, an inventor or an explorer? He is actually all 3 of these things, and far more.

Cimrman was born during the middle of the 19th century. His mother was an Austrian actress, and his father was a Czech tailor of Jewish descent. Cimrman was educated in Vienna before beginning his travels across the globe. He negotiated the Atlantic using a steamboat that he, himself, had designed. He taught acting to Peruvian peasants, and he floated along the Arctic Ocean upon an iceberg! Other astonishing feats quickly ensued. Cimrman was the 1st person to get to within twenty foot of the North Pole, and he was the 1st to invent the light-bulb (regrettably, Edison got to the patent’s office five minutes earlier). Cimrman was the one who gave the American government the idea for the Panama Canal, although, as usual, he did not get credit for this. Cimrman discreetly advised many of the world’s greatest minds: Einstein about his relativity theory, Eiffel about his tower, Chekhov about his dramas (Cimrman said to the playwright: “You can’t just have two sisters….How about three?”). Long before anyone had heard about Camus or Sartre, in 1886, Cimrman wrote pieces like ‘The Essence of the Existence’, which became the basis for his “Cimrmanism” philosophy, also referred to as “non-existentialism” (the main premise of this philosophy is that: “Existence can not exist”).

This person of unbridled genius would definitely have been awarded the accolade of “Greatest Czech Ever” were it not for the narrow-minded bureaucrats who sponsored the poll. The sponsors had just one objection to Cimrman’s inclusion: He did not exist. Jára Cimrman was the invention of 2 Czech satirists—Jiří Šebánek and Zdeněk Svěrák—who introduced this patriotic Renaissance Man to the world in 1967, during a comedy radio broadcast. So, while Cimrman easily won the 1st ballot in January of 2005, the Czech television executives—obviously prejudiced against his non-existence—refused to enter into the later rounds of the contest.

What does it say about the Czechs that they would prefer to select a fictitious person as their best countryman, rather than any of their real-life national icons—such as Comenius (the seventeenth-century writer and teacher, believed to among the fore-fathers of modern teaching), Jan Hus (the fifteenth-century religious lobbyist who questioned the Catholic Church’s legitimacy), Charles the 4th (the fourteenth century Religious Roman Emperor who set up Prague as Europe’s intellectual and cultural capital), or Martina Navrátilová (a person that plays a sport using florescent green balls)? Sceptical people—many of whom are Czech—may say that the Czech population has generally remained behind their mountains over the last 1000 years, with scant interest in (or influence over) events anywhere else on the planet. Maybe Cimrman is loved so much because he epitomizes one of the cruellest of ironies: a Czech citizen who was better than all of the planet’s greats but who, due to a freak of probability, has never had his achievements recognized.

Many like to believe that the popularity of Cimrman reflects the country’s notable enthusiasm for making fun of authority. Over the country’s history —from the era of the Czech aristocracy who employed sneaky diplomacy to control the German menace, to the time of Jan Hus with his challenging of the right of any ruler to exert control, to the incidents of anti-communist revolution which triggered the 1989 Velvet Revolution—the Czech people have sustained a healthy disregard for anyone who tries to tell them what they should think, or how they should live. While other countries solemnly select their “Best” from the historical archives, the Czechs will not participate in this self-indulgent pursuit. Their support for a fictitious character, says Svěrák (the co-creator of Cimrman), indicates 2 things about the Czechs: firstly, that they are “sceptical” about people who are “major figures”, and secondly, that the only thing you can be sure of which has “saved the nation many times throughout history” is its’ sense of humour.

Cimrman would probably agree. A great person, he always remained sceptical towards people who regarded themselves as wonderful or who charged forwards flying the flag of greatness. Cimrman often remarked that there are occasions when optimistic people “should be shot” time, a fashionable invention of Andrea Palladio, the Italian architect. Inside, the brutal portrayal of the Trojan Conflict tells you about the character and taste of its’ owner (a convenient W.C. is on the left-hand side of the theatre). The strange grotto wall further on the left-hand side reflects an age of uncertainty. It produces an illusion of holes and caves, stalactites and stalagmites, combined with partially concealed stone frogs, snakes and goblins (see what quantity you can locate). The wall carries on into a cage with live owls to complete the transformation from dead nature to nature that is alive. The forlorn cries from the owls add to the surreal atmosphere of the venue.