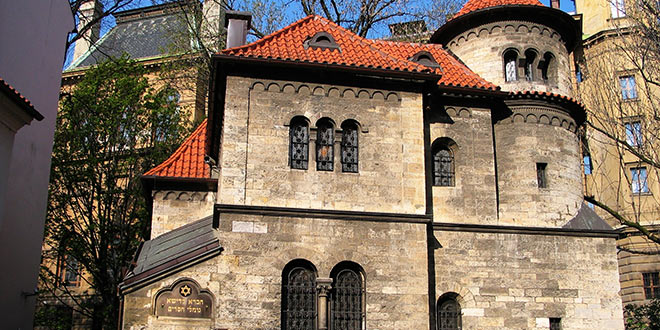 The building of the former Ceremonial Hall and Mortuary situated at the Old Jewish Cemetery might at first sight look rather like a castle or Romanesque manor. It was built in a pseudo-Romanesque style in 1911-12 according to the design of a prominent architect, František Gerstel. Nowadays, this building holds one of the permanent exhibitions under the auspices of the Jewish Museum relating to the final part of Jewish Customs and Traditions – Lifetime. The main theme of this exhibition is death and illness, with descriptions of how bodies are washed and prepared for burial, gravestones and tombs, memorials, and paintings from the Prague Burial Society. The Ceremonial Hall of the Prague Burial Society – Hevrah Kaddishah – stands near the Klausen synagogue in the Josefov area of Prague. The building is one of the venues for the Jewish Museum. 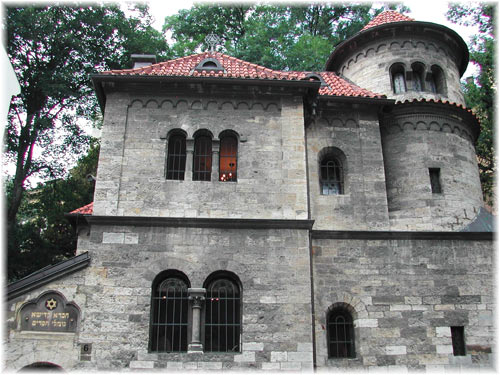 Photos: No Photo signs are posted everywhere in Jewish Museum; however, photos without flash are generally allowed.