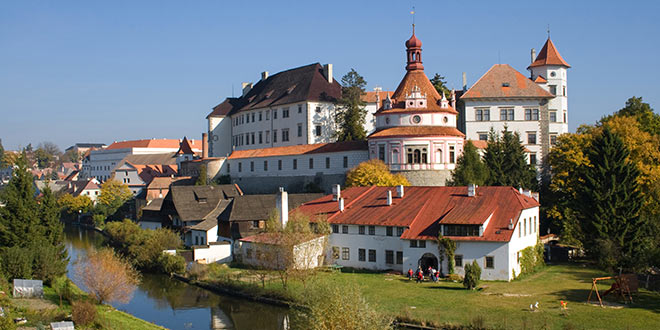 The oldest preserved mention in the records of Hradec dates from the year 1220 when an estate with this name was owned by Jindřich I, the first of the Lords of Hradec and the son of Vítek of Prčice. He had a Gothic castle built here on the site of a previous fortified settlement. The town developed in the middle of the 13th century on the site of originally a settlement of artisans and merchants below the castle. In 1483, King Vladislav II granted the Lords of Hradec the right to add two golden lions and the letter W with a crown to their coat-of-arms (a golden rose in a blue field). This has remained the emblem of the town until today. The old centre of Jindřichův Hradec constitutes a conservation area.

Provost’s Church of the Assumption. Originally a Gothic church, it began around the middle of the 14th century and finished at the beginning of the 15th century. It has a font from the year 1525, a Gothic statue of the Madonna (around 1430), and the mausoleum of Jáchym of Hradec, of which only the Renaissance portal from the year 1570 remains. 17th-century organist and composer Adam Michna of Otradovice worked here.

The castle complex covers an area of three hectares, making it the third-largest in the Czech Republic. The castle contains unique wall paintings depicting the life of St. George in one of the chambers of the Gothic palace from the year 1338, a painting of the Madonna from the middle of the 15th century, the Chapel of the Holy Spirit, a fountain with polychrome wrought-iron bars from the beginning of the 15th century, and the paintings “Joseph of Egypt” by Petr Brandl and the “Battle between Christians and Turks” by Salvatore Rosa.

The District Museum – founded in 1882, housed in the Renaissance building of the former Jesuit seminary since 1927. The museum has the “Krýza Bethlehem” – the biggest mechanical nativity scene in the world, a unique collection of Gothic statues, a set of painted targets and weapons, and the Ema Destinn Hall, recalling the life of this world-famous opera singer. The museum is also responsible for the Church of St. John the Baptist – one of the most significant town monuments – and the Municipal Tower, which has been open to the public since 1994.
Point of special interest – Jindřichův Hradec narrow-gauge railway. The town is the centre of the most extensive original narrow-gauge railway system in the Czech Republic. The older of the two tracks between Jindřichův Hradec and Nova Bystřice, 33 kilometres long, was opened in November 1897. Nine years later, another track was added, this time 46 kilometres long and linking Jindřichův Hradec and Obrataň. A popular attraction is a trip on an old steam train through the romantic countryside of what is called “Czech Canada” and the Bohemian-Moravian Highlands.

Travel time from Prague Hotel to the Jindrichuv Hradec is 1hr 45min.

Tip: When going to Jindrichuv Hradec, you can stop in Tabor or combine this excursion with a visit to Konopise Castle. 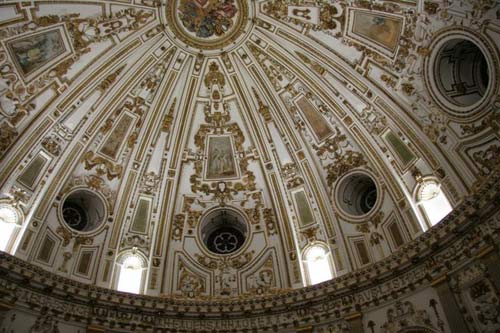 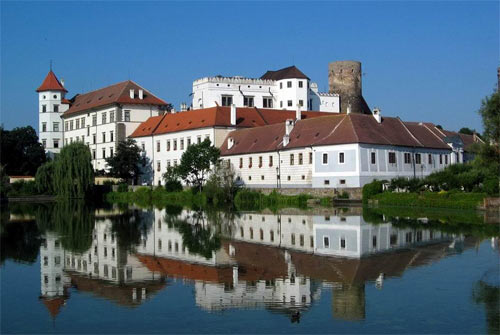