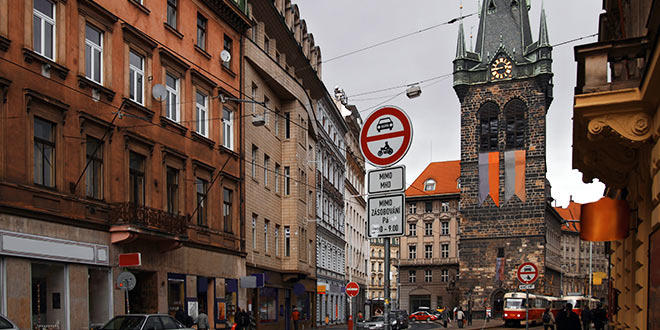 The tower itself was built between 1472 and 1475 beside the Church of St. Henry and Cunigunde (Kostel sv. Jindricha a Kunhuty) and has undergone much damage caused either by foreign military troops, such as the Swedish troops in 1648 or by the weather when a big storm broke the high Gothic roof in 1801. The clock tower was added later in 1577.

At the top of the tower, you can enjoy a panoramic view of the city centre, including Wenceslas Square and Prague Castle, and listen to the sounds of a peal, the bells of which are called according to the original bells in Jindrišská Tower. One of the 1,100 melodies can be heard every day at 9:00, 12:00, 15:00 and 18:00.

A few floors below there is a new restaurant, which was built in 2003 and offered a unique dining experience. The stylish restaurant is decorated with the original timbers of the belfry, as well as the bell Maria. Contemporary exhibitions are also held in Jindrišská Tower.

The tower is equipped with air-conditioning, electric lighting, a staircase and a speedy lift. What’s more, Jindrišská Tower is off the beaten track; therefore, you can fully enjoy this historical monument undisturbed. 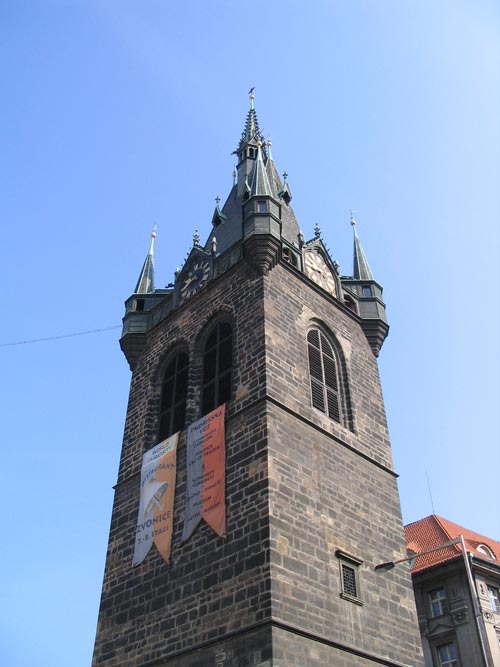