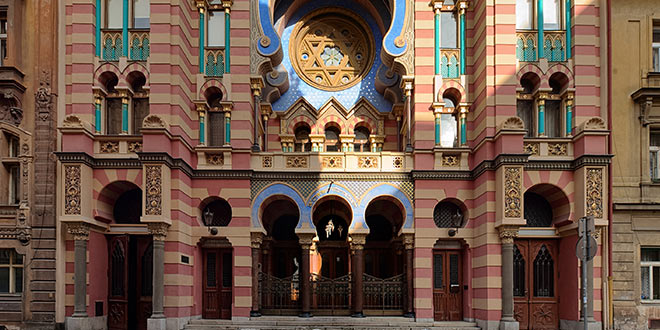 The colourful Moorish facade of the Jubilee Synagogue is quite striking. It is the youngest and the largest synagogue in Prague and is situated outside the Jewish Quarter, quite near the main railway station and Jindrisska Tower in Prague. The Jubilee Synagogue, also known as the Jerusalem Synagogue, was built in 1905-06 in Art Nouveau and pseudo-Moorish styles as compensation for demolished synagogues in the Jewish Quarter. 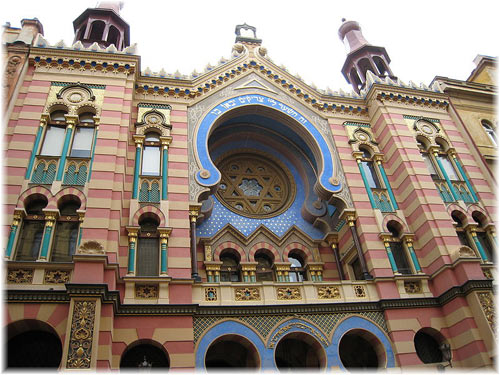 Designed by Wilhelm Stiassny and named in honour of the 50th-anniversary celebration – or the silver jubilee – of the reign of Emperor Franz Josef I of Austria. The synagogue contains 850 seats; the side upper balcony is designed for women, who also have their own entrance.

The front face of the synagogue is characterised by a large arch and a rose window with a Jewish star inside. Also, note the names of the donors on the stained-glass windows.