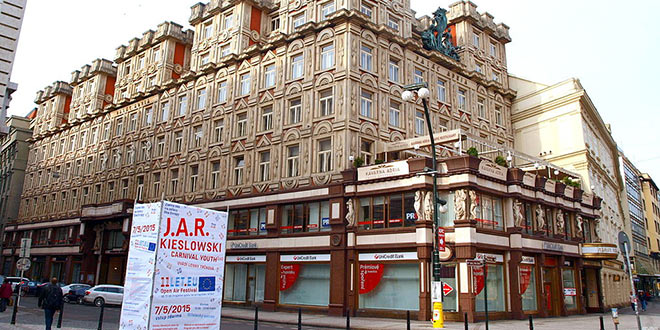 Jungmannovo square (Jungmannovo Náměstí) is located on the dividing line between the Old Town and the New Town. The square was named for Josef Jungmann (1772-1847), a prolific writer, translator and leading light of the Czech national revival, whose pensive, seated statue surveys the small, ill-proportioned square. 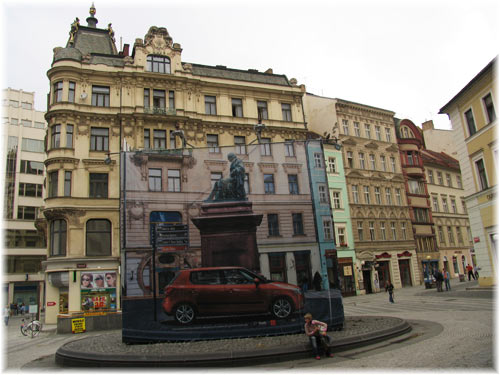 The square itself boasts a couple of Czech architectural curiosities, starting with a unique Cubist streetlamp from 1912 in the far eastern corner. The most imposing building is the chunky, vigorously sculptured Palác Adria, designed in the Rondo-Cubist style in the early 1920s, with sculptural extras by Otto Gutfreund and a central Seafaring group by Jan Štursa. The building’s arcade still retains its wonderful original portal, featuring sculptures depicting the twelve signs of the zodiac. The theatre in the basement was the underground nerve centre of the 1989 Velvet Revolution, where the Civic Forum thrashed out tactics in the dressing rooms and gave daily press conferences in the auditorium against the stage set for Diirenmatt’s Minotaurus. Another notable building on the square is the church of Our Lady of the Snow – a beautiful Gothic church with the highest nave in Prague. However, the entrance to the church is not directly from the square but a courtyard in front of the church. Next to the church, there is a Franciscan monastery, whence the square’s original name was derived. There is also a nice calm public garden called Františkánská zahrada in the vicinity. 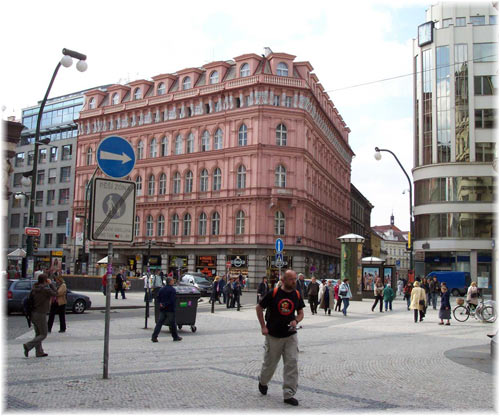