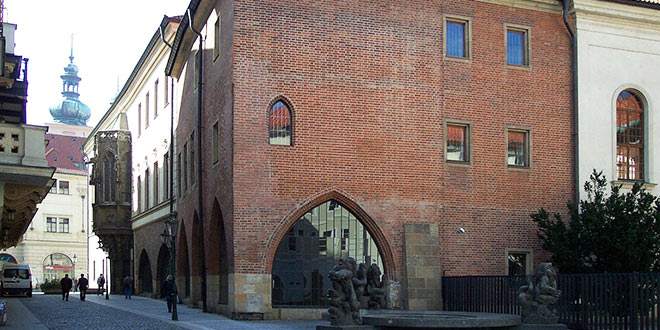 Founded in 1348 by Charles IV, the Karolinum is the oldest university in Central Europe. It acquired the house of the former mint master, Johlin Rothlev of Kutna Hora, in 1383. That time Jan Hus held the post of rector here, and the campus became a hotbed of Hussite activity. After the victory of the Counter-Reformation, it was handed over to the Catholic Jesuits and merged with their Clementinum complex. Rothlev’s house was completely remodelled in the 18th century by František Kaňka; the exquisite oriel window overhanging the street between the Carolinum and Estates Theatre is a reminder of its medieval origins. The University Rectorate currently occupies Karolinum’s original premises.

Today the Charles University has facilities all over Prague. The Carolinum houses only some medical faculty offices, the University Club and occasional academic ceremonies (ceremonies take place here in the Aula Magna). The gothic bow window is often used as the University symbol. There is a gallery on the ground floor. 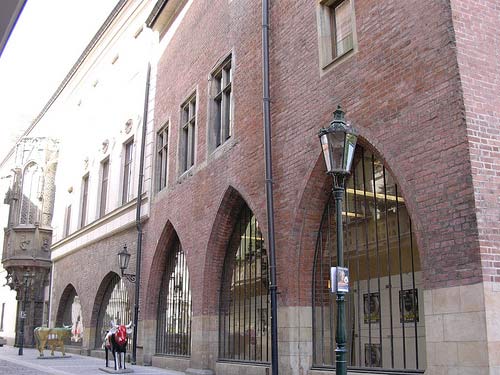