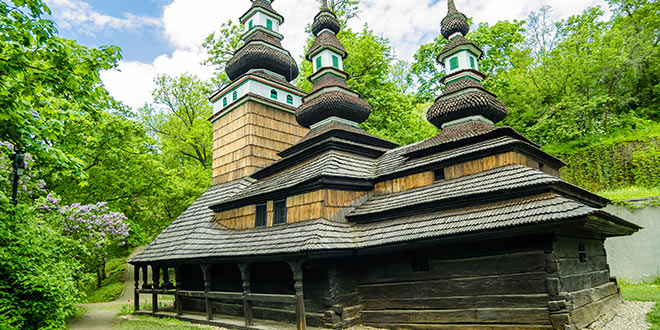 This 22-hectare garden is located on the southern and south-eastern slope of Petřín and is separated by the Gothic Hunger Wall from the other gardens. The wall was built during the reign of Charles IV. Originally, there was a forest here, which was replaced by vineyards in the Middle Ages. In the 1930s, the garden was modified in the English style. The Church of St. Michael, a wooden Greek Catholic church, is located in the garden, as well as the Kinsky Summer Palace, which houses historical folklore artefacts of the National Museum. The garden is open to the public free of charge. 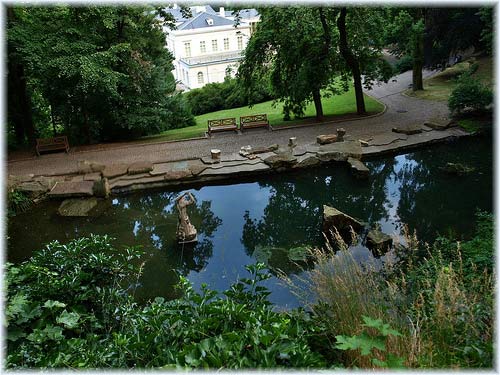 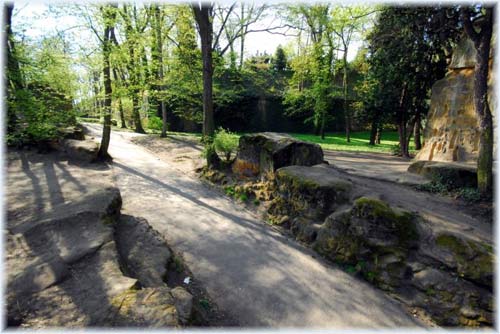