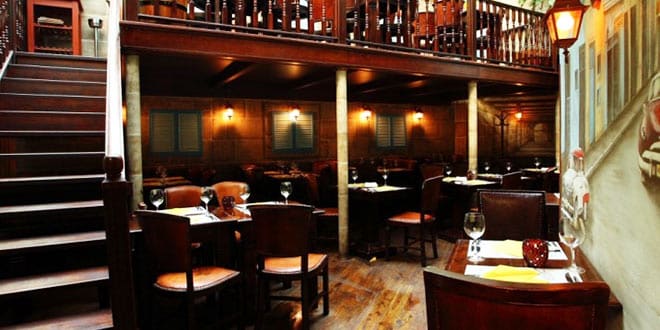 If you want a taste of Havana nights, then tryout La Bodeguita del Medio as it brings Cuba to Prague. Designed to look like Hold Havana this restaurant is located close to the Old Town Spuare.  It actually shares a name with the restaurant in Havana which was a favorite of Ernest Hemingway and also home of the Mojito cocktail.

When in the restaurant, you will have the option of several different seating areas that have a character each to their own.  The furniture and artifacts help to create a warm and comfortable environment.  Much of the wood is dark and the signage on the walls comes from Cuba or other exotic spots from around the world. 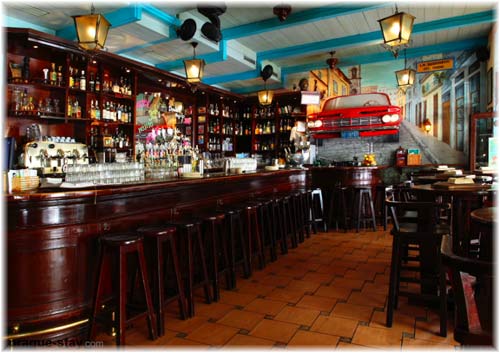 The menu is one that has something for everyone.  There are tapas, juicy steaks, duck, lamb and a great range of fish other seafood including shrimp, mussels and sea bass.  There is even a seafood platter that contains a little bit of everything if you can’t make up your mind on what to order.  The food is very tasty and includes traditional South American and Creole flavors prepared by chefs with a Cuban background.

If you want some wine to go with your meal, you will not be disappointed as there are choices from the Mediterranean, South America and the Czech Republic.  However, being a Cuban restaurant, their best and most popular drinks are freshly prepared Caribbean cocktails.  In all, you will have over 150 choices to pick from.

Either before or after dinner, stop by the popular bar located at the front of the restaurant.  There is also a cigar club upstairs which is the first of its kind in the Czech Republic.  It sells the ever popular Cuban cigar as well as humidifiers which come all the way from Columbia.

The restaurant also comes with plenty of atmosphere as there is Latin music playing in the background during the day and early evening.  Later on, expect live Cuban music on most nights as well as Latin American dancers.

If you are coming with a family, then there is a separate play area for children which is open daily between 9:00am and 5:00pm.  There is even a clown who comes in for a few hours each Sunday afternoon.

Most of the crowd at La Bodeguita del Medio is a great place complete with an international crown and the place has a festival feel just about every night of the week. 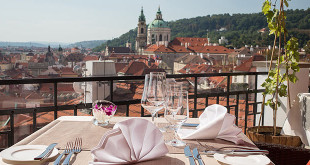 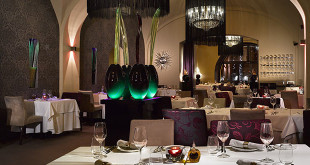 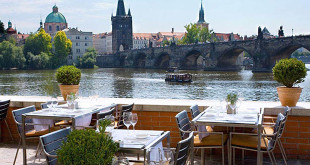 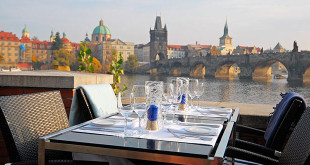