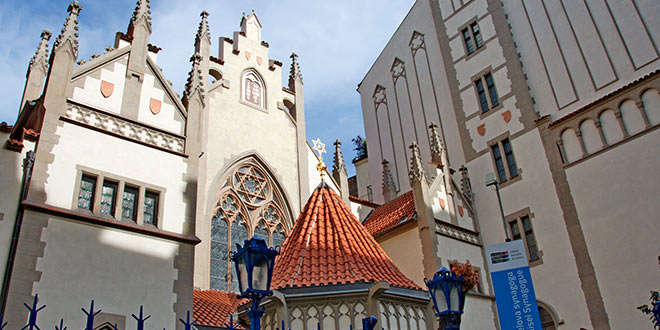 Originally a Renaissance temple, built in 1592 by Josef Wahl for rich Mayor Mordechai Maisel. Built on 20 pillars, it was a very large and imposing Renaissance building but unfortunately burned down in 1689. The later synagogue was rebuilt as a smaller building in Baroque style. Today synagogue still preserves some of the 16th-century stone carvings. A new neo-Gothic synagogue was built between the years 1893-1905, together with the demolition of the former Jewish ghetto and reconstruction of the main buildings.

Since the 1960s, building houses exhibition of religious objects, including five books of Moses handwritten on rolls of parchment by scribes. There is also a fascinating collection of Jewish silver, candlesticks, ceramics, textiles and other prints. Interestingly, an enormous glass beaker, made between 1783 and 1784 for the Prague Burial Society, was painted with a procession of men and women dressed in funereal black. Ironically, most items in the synagogue Nazis looted from other synagogues across Bohemia as Third Reich planned to build a museum in Prague dedicated to the Jews as an “extinct race”.

It is unknown how could Maisel get so much money. There were legends that forest sprites brought to him. He had a small shop in Prague Jewish Quarter, and one day an unknown man arrived and left a large chest there. He said he will come back later, but he was never seen again. When Maisel opened the chest after years, he found loads of money there. Mordechai Maisel is buried at the Old Jewish Cemetery in Prague Josefov. 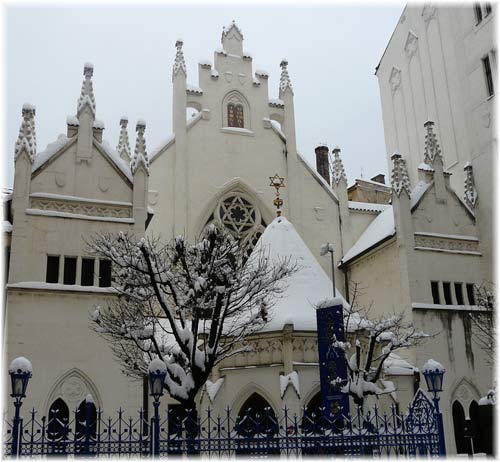 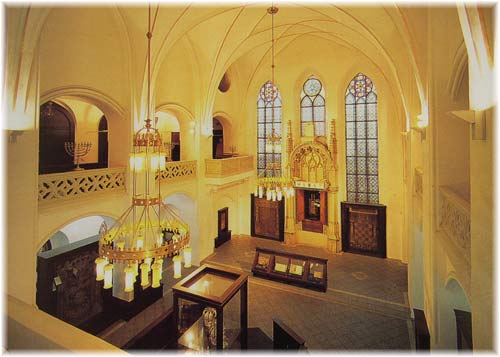