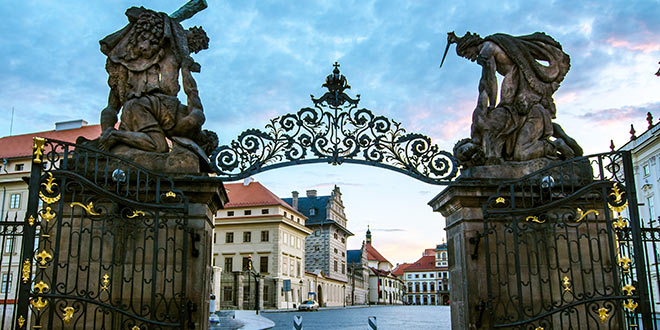 When you visit the Prague Castle, you will go through the Matthias Gate from the first castle courtyard to the second one. It is the earliest work of Baroque architecture in Bohemia. It was built in 1614 as a triumphant antique arch, standing separately between the Castle Square and the Prague Castle. It was an imposing gate to the royal residence.

Symbols on the Matthias Gate

The gate is named after Emperor Matthias who had it built. The entrusted architect was probably Italian Giovanni Maria Filippi. There is an inscription written in the gable, listing the emperor’s titles. The imperial sign is underneath that and there are also symbols of the countries ruled by Emperor Matthias.

Court architect Pacassi rebuilt the Prague Castle in the 18th century and integrated the Matthias Gate into the entrance tract.

Staircase to the staterooms

There is a wide gateway for vehicles in the middle and narrow gateways for pedestrians by the sides of the Matthias Gate. The flagpoles at the top of the gate were made by Slovene architect Josip Plecnik.

A large staircase leads from the Matthias Gate to the most important rooms of the Prague Castle, for example to the Spanish Hall and to the Plecnik’s Pillared Hall. 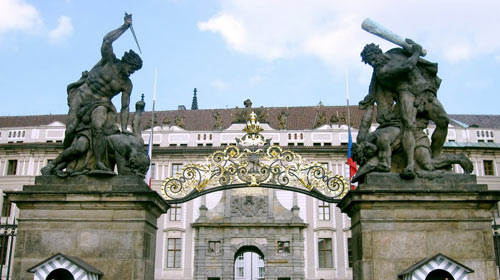