Meals Not Normally Found in Restaurants 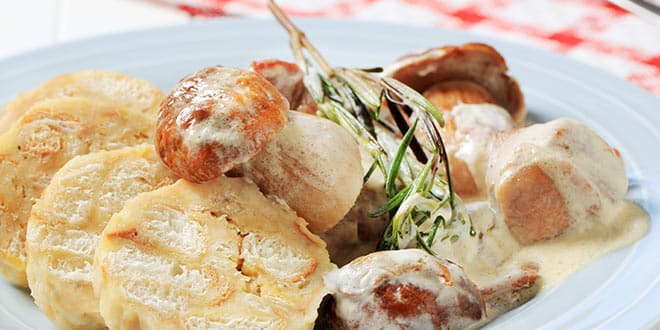 Overall, perhaps the greatest venue to really sample proper Czech food is to get an invitation to dine in someone’s house.  Nonetheless, this is still not straight forward, as many people often cook simple, more cosmopolitan recipes. Czech food made the traditional way is usually kept for a Sunday or a holiday or cooked by an old grandmother when visited by her children.  This isn’t always the case, but it does happen often.  Even those rated highly in normal restaurants, the traditional Czech food served there frequently doesn’t compare with what the old grandmother cooks.  This doesn’t imply that the restaurant dishes are inferior or not delicious in their own right, but they lack in what home-cooked meals can offer.  In specialised luxury restaurants for Czech food, the meals can be fantastic, but the grand style and creativity of the chefs often don’t correspond with the traditional style of Czech cuisine.  Again, this isn’t always the case because, occasionally, you can genuinely compare the restaurant food with a meal your Grandmother would have cooked. 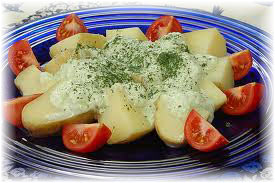 They’re some meals normally not offered in any pubs or restaurants and only prepared at home.  These are well worth sampling if you get the chance.  A simple and cost-effective country dish is called Brambory na loupačku (meaning ‘potatoes to be peeled’).  Entire potatoes with their skins still on are prepared in a large pot on a table.  You then take a warm potato out of the pot, peel the skin off yourself, add some butter, curd (tvaroh) and salt and then consume it.  Wash it down with lots of cold milk.  A simple meal like this can be delicious, particularly when you eat it out in the country after a day spent outdoors.

Collecting mushrooms from the forest is an extremely frequent past-time in the Czech Republic. Possibly not surprisingly, the picked mushrooms are then eaten.  In many restaurants, normally, it is just the cultivated mushrooms that are utilized.  If mushrooms from the forest do get offered in a restaurant, it is normally just a small supplement to a meal.  Home prepared mushroom dishes are a totally different instance, though.  A perfect case is Smaženice (based on the verb to fry – ‘smažit’), also called míchanice (to mix) – mushrooms from the forest are cut into tiny bits, stewed and mixed (with onion, caraway and fat). Then, eggs get put into the mix. Smaženice is eaten with bread.  Smažené bedly are entire caps of parasol mushrooms laced with bread-crumbs then fried. Černý kuba (meaning ‘black jimmy’) is a fasting meal traditionally eaten at Christmas consisting of peeled barley and dried mushrooms.  Houbová omáčka (meaning ‘mushroom sauce’) is also popular and is served with bread and meat dumplings.  Dried or fresh mushrooms also make a welcome supplement to bramboračka s houbami (meaning ‘mushrooms with potato soup’).  Kulajda is a cream and soup made from mushrooms.  Sauces and soups are the most frequent forest mushroom dishes offered in restaurants because they only require a small number of mushrooms. 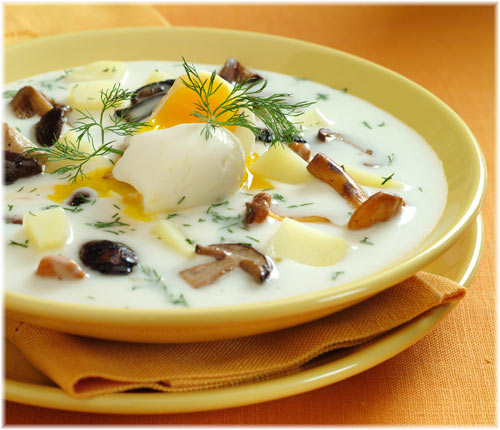 If you wish to collect the mushrooms on your own, be cautious.  There are dozens of types, some of which are delicious, some of which are only just edible, but some are poisonous or even fatal.  There is a type also used as a recreational drug.  An edible and tasty type may look almost the same as a deadly type.  If you are not very familiar with mushrooms, you should take along a knowledgeable mushroom picker.

During the winter, lots of villagers carry out a virtually ritual slaughter of a pig, known as: ‘zabijačka’. The sorry beast is hoisted up with its’ haunches then gutted, and all the parts of its’ body are utilized to make sausages, goulash and chops. While this tradition is gradually becoming less and less frequent, it’s still often done in the rural areas, where friends and neighbours assemble for a day’s slaughtering, drinking and eating.