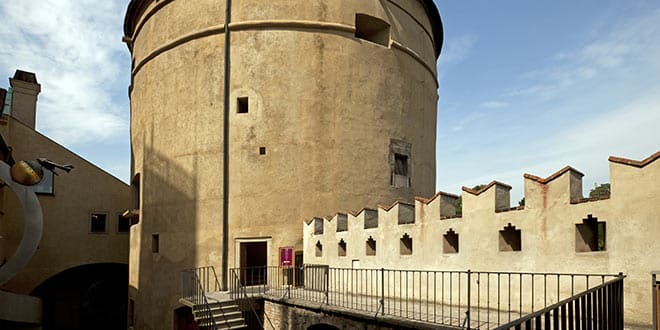 This tower was built in the late 15th century by King Vladislav as a cannon bastion overlooking the Stag Moat. At that time, it was one of the most modern and effective fortifications. The tower was rebuilt after the fire in 1541 and became the gunpowder deposit and home of Tomáš Jaroš. It was here where Jaros made Prague’s biggest bell Zikmund and Singing Fountain in the Royal Garden around Royal Summer Palace. In 1967-80 tower became a museum with exhibits relating to Jaros’s bell foundry and the alchemy practices during the reign of Rudolf II. The name Mihulka was first used in the 19th century. Previously, the tower was known as the New Tower, Round Bastion, Laboratorium or Swedish Laboratorium and Powder Tower. Now Mihulka Powder Tower hosts the exhibition of Military History Institute. 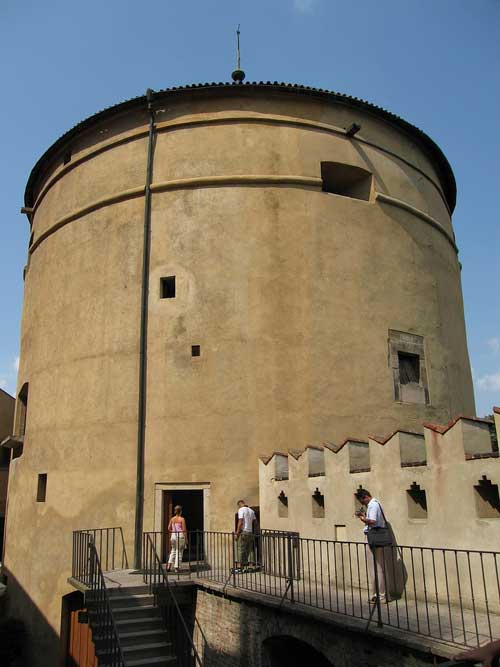