DISCOVER PRAGUE!
HomeNewsMinimum Wage in the Czech Republic to Rise Above the Region Average
News 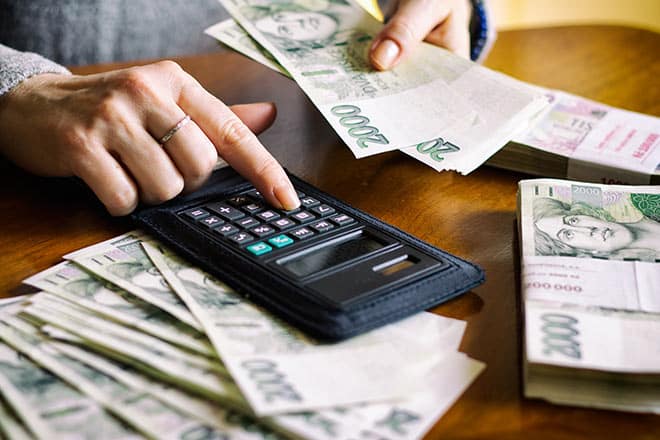 The minimum wage in the Czech Republic will be slightly above the average of Central and Eastern Europe when it increased from 11,000 to 12,200 CZK in 2018. The region average is about 12,038 CZK (461 EUR). In Ukraine, the minimum wage is less than 3000 CZK, while in Austria, it is almost 44,000 CZK, data from a study carried out by the Mazars advisory firm showed.

The prize for the lowest minimum wage undoubtedly goes to workers in Ukraine, who make 2950 CZK (113 EUR) a month. Then follows Albania (161 EUR) and Macedonia (195 EUR).

Conversely, employees in Austria have the highest minimum wage, which is 43,729 CZK (1677 EUR). The government doesn’t set Austria’s minimum wage – it is the average of the lowest wages given to the employees by their employers voluntarily.

The government approved the increase of the minimum wage from 11,000 to 12,200 CZK on Monday. According to Prime Minister Bohuslav Sobotka, the Cabinet fulfilled the promise made in the program message. He committed to increasing the minimum wage to at least 40% of the average wage.

Minimum Wage in the Central and Eastern Europe Regions

The comparison within the region is not final. At this time, it is not clear if and by how much the minimum wage will be increased in other countries. For example, in neighbouring Slovakia, the Ministry of Labour, Social Affairs and Family proposed an increase to the minimum wage starting in January of the following year. The minimum monthly wage should grow 10.3% from the current 480 EUR to 435 EUR.

Prime minister Robert Fico has expressed support for a significant increase in the minimum wage in the past. According to him, the minimum monthly pay in Slovakia should exceed 500 EUR in 2019.

Jumps in the Czech minimum wage increases are being criticized by the representatives of businessmen, for example, the Czech chamber of commerce. “While the minimum wage was traditionally increased by 500 CZK every year, the government increased it by 1100 CZK this year and expected to increase it by another 1200 in January of 2018. Ironically, increasing the minimum wage harms employees working for minimum wage,” a statement from the chamber read on Monday.

They referenced a study carried out by the University of Economics, which tracked the influence of the minimum wage in the Czech Republic on the unemployment rate between 1996 and 2015. The study showed that because of the increases to the minimum wage, employers tend first to cut the employees’ hours and later resort to firing them. Many economists contacted by Novinky worry that aggressive increases to the minimum wage can endanger positions that require little qualification because companies might rather invest in operation automatization and robotization.