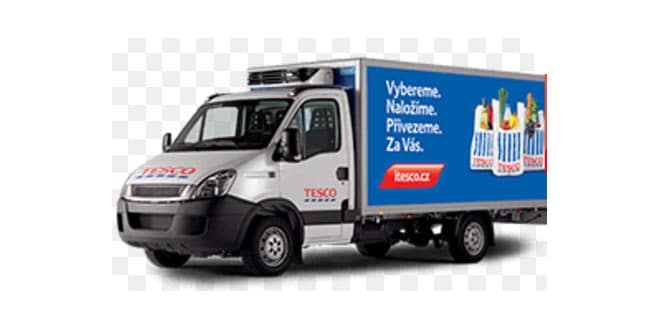 Czechs have been able to purchase foods on the internet for five years. Over one-quarter of people have already tried this option, and every tenth person regularly uses this service. Currently, there are several specialized e-shops for foods, with the four biggest players on the market being Tesco.cz, Rohlik.cz, Kosik.cz and potravinydomu.cz

InsightLab has conducted a study focused on this phenomenon. From the research results, it can be seen that a typical customer of the internet food store is a woman who lives in Prague or in central Bohemia and is on maternity leave.

Tesco was the first one who came up with selling foods online in 2012. Since then, the number of sellers has grown, and the number of locations where the e-shops deliver food.

At the same time, the number of people who shop this way is also growing. One of every four respondents has tried to replenish the household food supplies through an internet order at least one time. It is a regular way for one in ten customers to shop, and he or she shops online at least once a month.

Women have more experience with buying foods online. 27 percent of them have tried an internet order in the past, and one in nine women regularly shops like that.

Internet stores often attract their customers with sales and competitive prices, and free delivery, which is usually conditioned by the minimum value of the order. Newly registered customers usually get various discount coupons.

Younger People Are Not Afraid to Shop Online

Experience with online shopping for food is higher among younger people. While one-third of people aged 18-24 years old regularly shops like this, among the ones who are 65+, only seven percent have tried it at least once.

Food e-shops in Prague and in the central Bohemian region have the largest customer base. In Vysocina district and Olomouc district, the service is used the least. It is most frequently used by people in large cities with a population of more than 100,000 people or by the residents of small villages of up to 2000 inhabitants.

Also, more customers come from people with higher education. On the contrary, the type of household has minimal impact on online shopping frequency for food. The frequency is the same in single-person households and in families with children.

When it comes down to the knowledge of the individual shops, most people mention Tesco (68 percent), Rohlik.cz (60 percent) and Kosik.cz (48 percent). The other sellers follow with a significant gap.

Among the people who already have personal experience with online shopping for food, Tesco is definitely the favourite one. 83 percent of people mention it, 63 percent mention Rohlik.cz and 60 percent Kosik.cz.

Tesco also clearly dominates when it comes down to the number of customers. Two-thirds of the respondents have purchased food there at least once, and more than half of them visit the store more often.

A little bit less than one-fifth of the people have shopped on Rohlik.cz in the past; for one in eight respondents, this e-shop is the one they choose most often. Also, almost one-fifth of the respondents used Kosik.cz at least once. One out of ten persons chose it as the favourite e-shop selling food.

Less than 10 percent of people have already tried out Kolonial, and four percent shopped at potravinydomu.cz.

Share
Facebook
Twitter
Pinterest
Email
Print
Previous articleCzechs Cannot Get a Lunch for Less Than 100 CZK Anymore
Next articleAfter Roaming Was Abolished in EU, Czechs Started to Use Calling and Mobile Internet a Lot When Abroad
RELATED ARTICLES
News