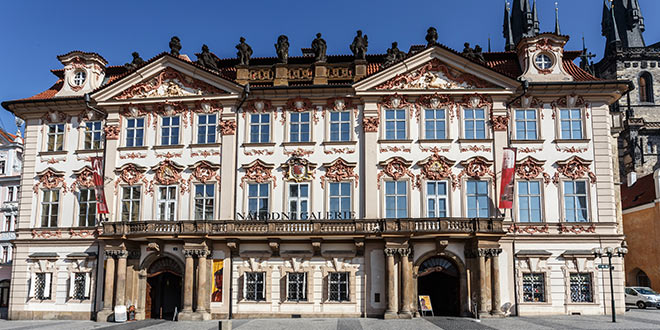 National Gallery collection of Asian art is housed in the Kinský Palace. It is not an extensive collection but an interesting one, and the city, even the country, owes its respect and many thanks to a man named Lubor Hajek. He studied Religion and Indology at Charles University after WWII and was a self-taught historian of Asian Art, an obsession that started after his incumbency as the editor for New Orient, a Czech magazine. In 1951 the National Gallery of Prague put Lubor Hajek in charge of establishing a new collection of Asian Art; acting on his own, he built a collection of over 12 000 pieces and wrote numerous philosophical essays comparing the evolution of Asian Art and European Art. Unfortunately, he was the last of the true Czech Orientalists, as his vast knowledge of Asian Art was unequalled in his peers and in Asian Art studies today.